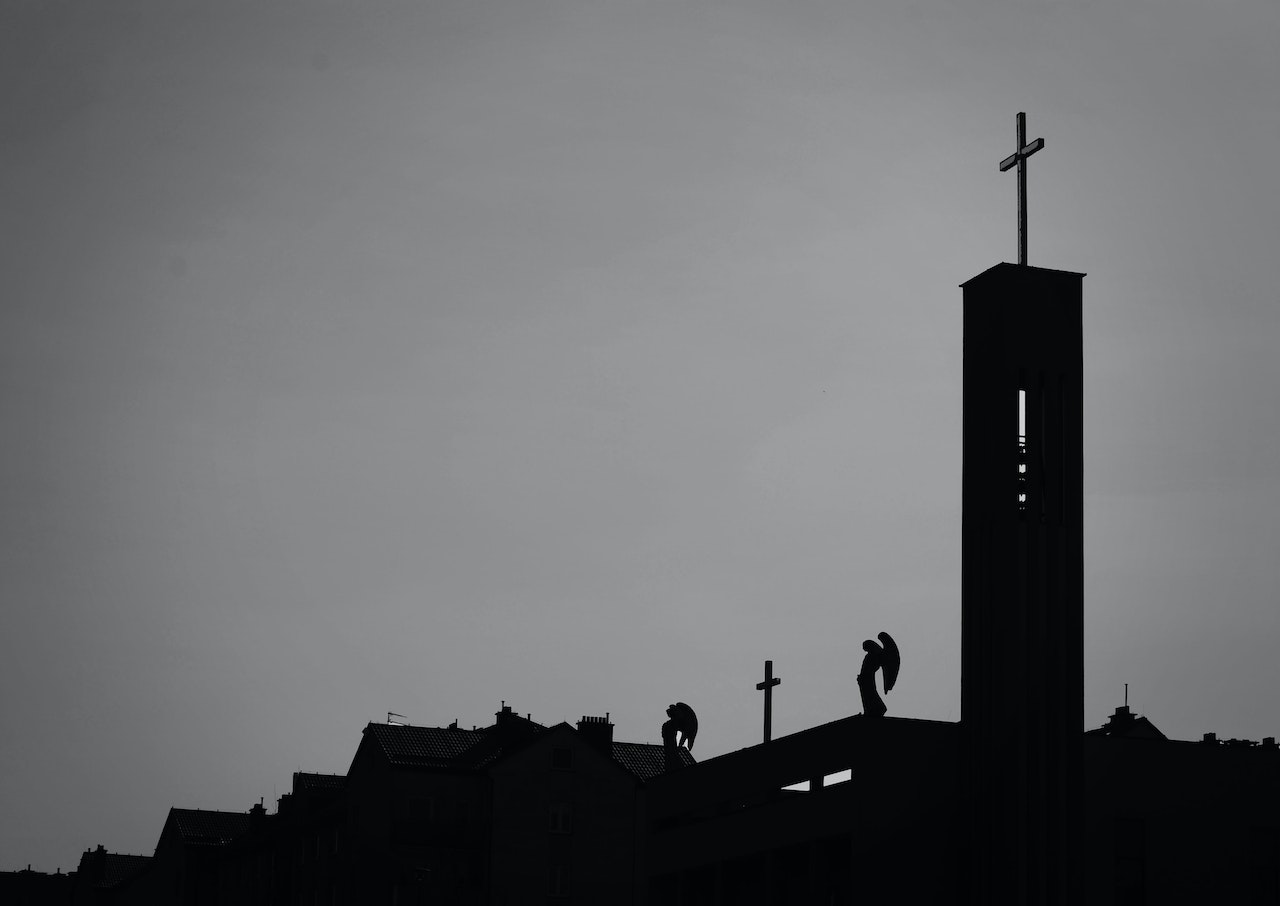 The first phase of the Synod on Synodality is coming to an end. In dioceses around the world, syntheses from conversations with the faithful are published. When Francis announced the start of this whole process last year, I warned that it could turn into a listeners’ choice show in which whole nations would demand a total “modernization” of the Church. Unfortunately, this scenario came true. In many European countries, the synod limited itself to repeating the catalog of postulates previously drawn up in Germany. Poland is an exception, but there is nothing to be happy about.

In May 2021, Francis unexpectedly announced that the Catholic Church was starting a synodal process that would end with the Synod of Bishops in Rome in 2023. The official goals were to stimulate all members of the Church to reflect on how to shape Christian life in the third millennium, and the functioning of church structures. The plan for the synod was devised by the bishops from Germany a year earlier. Moreover, the synod documents presented by the Vatican contained obvious doctrinal errors. I described this in detail in my book Papież Franciszek i mafia z Sankt Gallen [“Pope Francis and the Mafia of St. Gallen”1] and I refer the reader therein to discover the details. Unfortunately, in Poland from the very beginning there was incomprehensible optimism surrounding the synodal idea. Church media wrote about the genius of Francis who strives for the missionary revival of the Church. Those who suggested that it was really about another attempt to push through the old left-wing agenda, such as the democratization of the Church, changes in the priesthood (celibacy, the role of women) and an approach to the LGBT community have been critically labeled as troublemakers and sorcerers. After all, nothing bad can come out of the Pope’s initiative, the conventional wisdom proclaimed.

Tensions in the system

When the Vatican side of the Synod on Synodality began publishing elaborates on the value of homosexual couples adopting children a few months ago, the apologists for synodality lost some resonance. I really do not know what they will say now that the results of the synod debates in many European countries are already known. Reality can no longer be embellished: thanks to the synod of Francis, hopes were awakened among hundreds of thousands of Catholics for an anti-Catholic revolution in the Church. At the time of writing this text, the synodal syntheses from Belgium, the Netherlands, France, Spain, Ireland, and Switzerland are already known. In all these countries (with some differences in Spain), Catholics opted for the reconstruction of the Church exactly as it was defined earlier by the Catholic Church in Germany, which entered the Synodal Way – a coincidence? – as early as 2019, before anyone in the global Church heard about synodality. So, what do Christ’s followers in Europe want, when asked to express their dreams and hopes by the Pope himself?

Catholics in Belgium have asked for the introduction of female priesthood, abolition of priest celibacy, and the introduction of church blessings for homosexual unions. In their opinion, the Church should be generally more “open”, which can be expressed, for example, in entering the path of “integral ecology”.

Catholics in the Netherlands expect the Church to be “an open and welcoming community to which everyone will contribute on an equal basis”. Among the topics mentioned were, inter alia, homosexuals, and divorcees in new relationships. According to the Dutch, celibacy should also be abolished and women should be allowed to serve in the Church to a greater extent, including the sacrament of Holy Orders (in this matter, certain reservations were expressed in some dioceses).

The bishops in France cautioned that not all the ideas that appeared in their synodal synthesis should be understood as the official “postulates” of the French Church for the Synod of Bishops on synodality. Apparently, they got scared of their own believers. For them – who could have expected? – they proposed, among others, abolition of celibacy, and diaconal ordination for women. The concept of introducing “liturgical diversity” also appeared in synodal debates – so as to celebrate the liturgy also without the Eucharist, because through Holy Communion homosexuals and divorced people feel excluded from the Church. As the daily Le Figaro concluded, the Church in France has never adopted a “radical reformist text” as a synodal synthesis.

What’s going on in the formerly Catholic Ireland? 96% of the participants of synodal work supported the admission of women to the sacrament of Holy Orders, 85% spoke out “against the exclusion of LGBT people from the Church”, 70% expected more democracy in the Church, and more than half demanded the abolition of compulsory celibacy. In addition, it was proposed to change the nature of the liturgical readings, because the texts of the Old Testament are “overly brutal” for the modern audience.

In Switzerland, the majority of Catholics expressed their expectation of “fair inclusion of new marriages between divorced individuals and people from the LGBT community” in the life of the Church; The Swiss also expect “the development of an understanding of the priesthood”, that is, a departure from the principle of compulsory celibacy and “full equality” for women.

A slightly different picture emerges from synodal syntheses in Spain, where “only” two archdioceses supported the blessings of homosexuals, the abolition of celibacy, or the priesthood of women.

Munich and Limburg are opening bottles of champagne

In 2020, card. Reinhard Marx from Munich and Bishop Georg Bätzing from Limburg said that the German ideas of the Synodal Way should be discussed at the European level so that the German concept of the Church of the Future could be implemented and lead to a real and effective reconstruction of Catholicism. I wrote about the path they went on and their plans in the book Niemiecka Rewolucja [“German Revolution”2] a few years ago. Unfortunately, the mainstream ecclesiastical opinion of the warning against spilling German errors into other countries was exaggerated. Today Marx and Bätzing can celebrate: their vision of the Church has truly become that of all of Europe. Admittedly, in mid-July, the Holy See expressed brief reservations about the German Synodal Way itself, without referring specifically to any of the heresies proclaimed there; The Vatican only asked that the Germans consult with the Roman Curia before introducing any changes in the structure of the Church’s authority. This does not offer any hope of a serious attempt at stopping the speeding waltz of the revolution.

Polish debate about nothing

How does Poland fare against this background? We are still waiting for a nationwide synthesis to be prepared under the direction of the president of the episcopate, Archbishop Stanisław Gądecki. However, you can already read the syntheses published by almost 30 dioceses. I reviewed, among others documents published by the archdioceses of Częstochowa, Gdańsk, Gniezno, Łódź, Lublin, Szczecin-Kamień, Warsaw-Praga, Wrocław, and the dioceses of Opole and Toruń. Aside from minor differences, they are all quite similar to each other: revolutionary elements appear in them only marginally, on the basis of references to the existence in dioceses of mainly youthful environments demanding openness to the LGBT community or changes in priesthood. Generally, however, the syntheses are dominated by extremely extensive complaints about the relationship of the faithful with priests who are supposed to be too official; there is also a lot of criticism of the condition of Polish homiletics – both the sermons and the bishops’ pastoral letters read as part of the sermons are sometimes, the faithful believe, incomprehensible and detached from reality. The liturgy also turned out to be an important topic; the faithful expect it to be celebrated with dignity, solemnity, and festively, without abuse and without any authoritative extravagance of the celebrant.

Some will say: great then, the Catholic Church in Poland did not support the German program of the new reformation, so everything is fine. Unfortunately, it is quite the opposite – the situation is very bad. The results of Polish synodal syntheses seem to be very short-sighted; they concern only local problems, disregarding not only the global but also the pan-European perspective. Meanwhile, the Synod on Synodality is not a parish, diocesan or national event, but a global one. The Polish synodal synthesis will soon be submitted to the Synod Secretariat, which will combine it with syntheses from other countries in order to present the resulting document to bishops from all over Europe, who will reflect on the shape of the Church in the future. Their reflections will be joined by the conclusions from other continents at the next, third stage, becoming the subject of a debate at the Synod of Bishops in the fall of 2023. Therefore, the key question remains to be answered: What has Poland done to stop the revolution from flooding Europe, eviscerating the truth of the teaching of the Church and rejecting centuries-old traditions? When it comes to the state of homiletics or the relationship between the faithful and priests, unfortunately, Poland did absolutely nothing.

Dragged along in the tail of the revolution through force

The effect is as follows: the great front of revolutionaries from Europe demands a total reconstruction of the Church, and Polish Catholics do not have much to say about it.

And this is by no means the fault of the faithful, but of the bishops and priests who, due to the hurrah-optimistic atmosphere prevailing from the very beginning of the Synod on Synodality, decided to snooze their alarm clocks and continue sleeping, pretending that there was no problem. Of course, the Church in Poland will not be in the vanguard of the revolution. It will simply be dragged by it like someone who has no opinion of his own and must, whether he wants to or not, passively follow the majority.

I hope the final synthesis of Archbishop Stanisław Gądecki will be able to save the situation to some extent and repair the omissions made at the diocesan level. Unfortunately, reading the synthesis from the Archdiocese of Poznań itself does not give us much hope for it: it is as particularistic as all the others.

Today it can be said that due to the naive belief that the Vatican certainly “means well”, we simply let ourselves be fooled like children. And that’s worse than merely making a mistake – it’s a sign of foolishness. 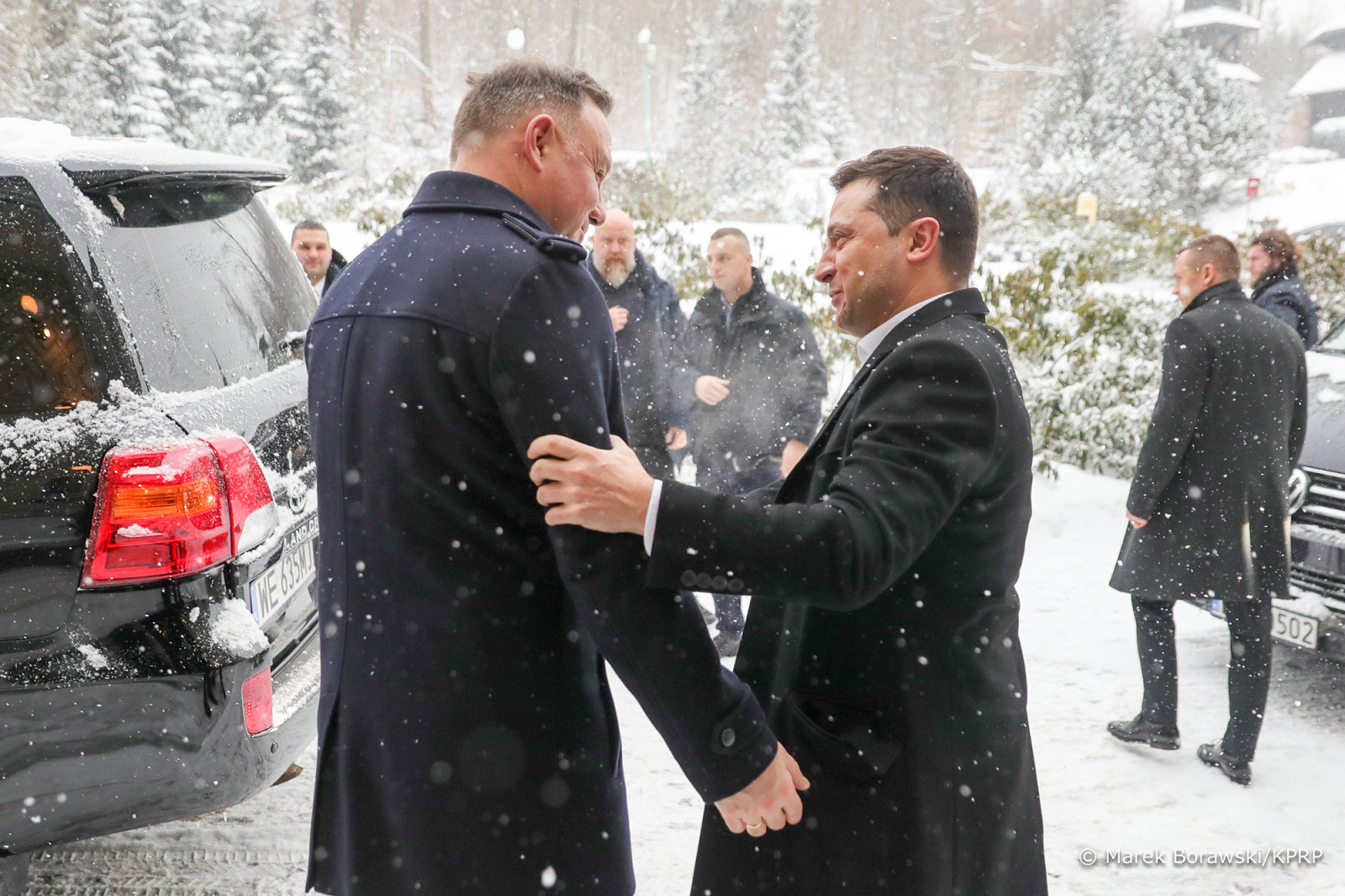 Reorientation to the East: the key to our common future lies in the hands of the Ukrainians (Part 1) 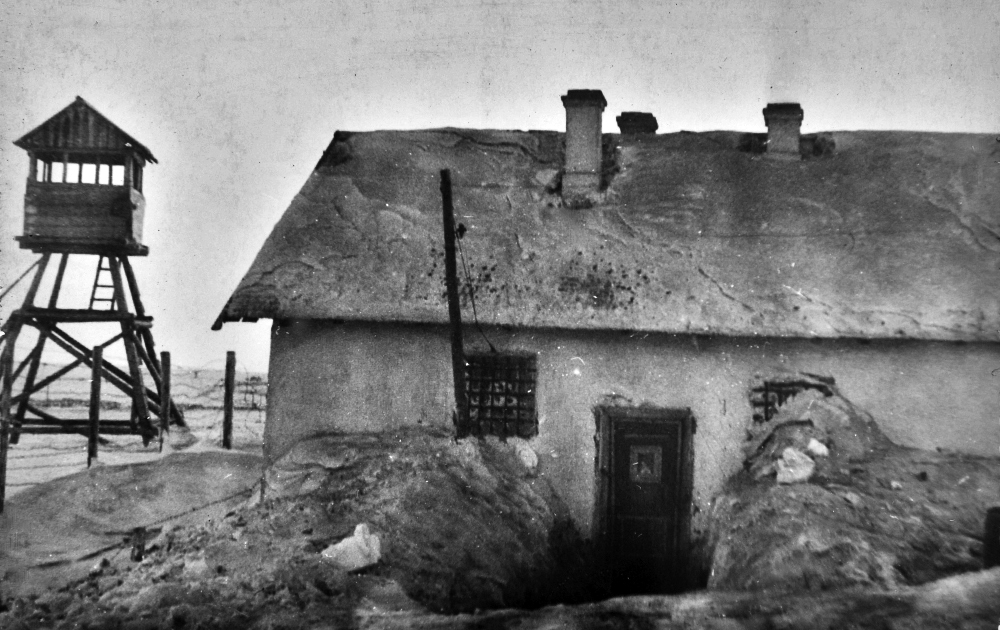