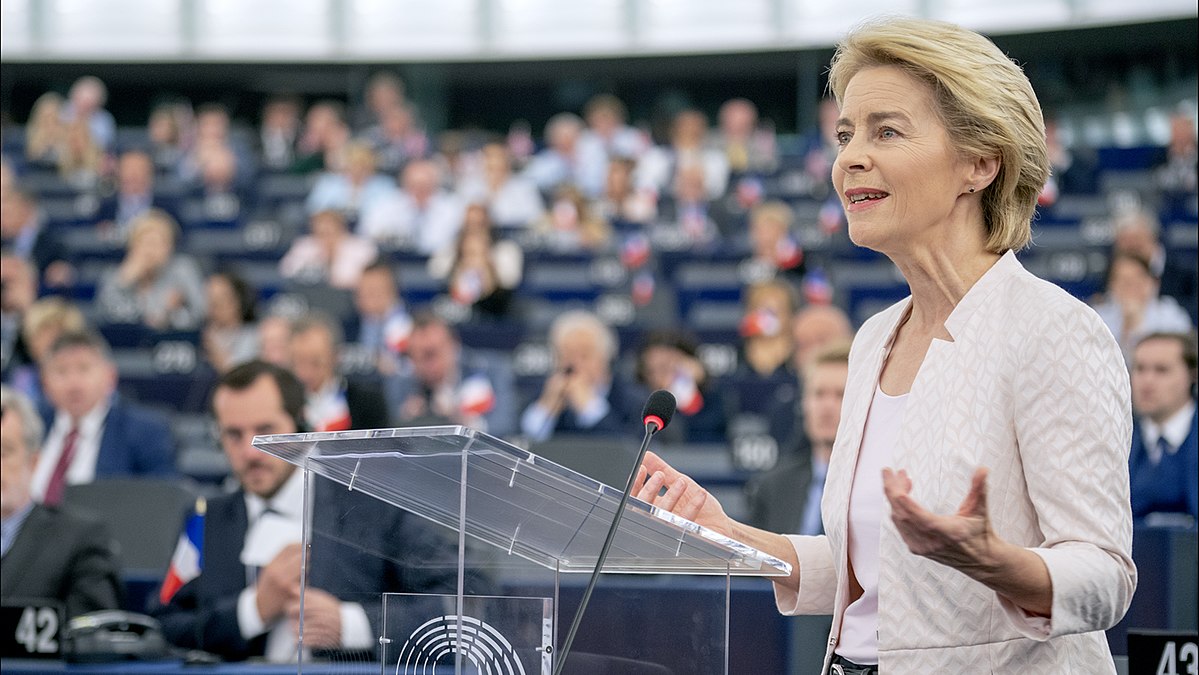 “Whoever destabilizes the unity of the European Union in the face of Putin’s aggression against Ukraine, acts on behalf of the aggressor” – this is probably the biggest and simultaneously most frequently repeated propaganda nonsense in the discourse of the “pro-European” liberal left

Let us imagine that already prior to the commencement of Russia’s “special operation”, the assumption of Germany’s “responsibility for Europe”, announced by Olaf Scholz, was effected – where the German chancellor is no longer one of the leaders of European countries, perhaps even the most influential but in fact, the leader of the “United States of Europe”, the construction of which by December 2025 was announced five years ago by his party colleague Martin Schulz, and that he does not have to agree his policy towards Ukraine with anyone, except perhaps French President Macron.

Indeed, would it be disadvantageous for Putin? Only a completely fact-immune idiot – or a cynical liar for hire – could believe so. Most of the time, I suspect the latter. All the more so as this demagogy serves to break the resistance to the Union’s usurpation, by the fait accompli method and contrary to the treaties, of powers that no one has ever bestowed upon them – the European government, parliament, and a supreme court over the governments, parliaments, and courts of the member states. Poland is perceived as the main obstacle in this process and that is why extinguishing our resistance has become an obsession for the Eurocrats.

The Polish authorities naively imagined that the war in Ukraine and the admission of millions of refugees would automatically remove federalization-oriented projects from the EU agenda and, in conjunction with Polish concessions – including the signing of the National Recovery Plan – would persuade the European Commission to “forgive” the Polish government. Nothing of the sort happened, quite the contrary.

Subsequent EU commissioners – as Didier Reynders repeated after Vera Jourová last week, – categorically announced that “Poland cannot count on any war rebate” and that it will not get any money until it meets the “milestones” to the extent recognized by the European Commission to be satisfactory; however, no specific conditions or even criteria for assessing when Polish submissiveness will become satisfactory enough have been specified. However, the European Commission sent a very clear signal, commencing the “second phase of the infringement procedure” against Poland in the case of the Constitutional Tribunal’s judgment, which ruled on the supremacy of the Constitution of the Republic of Poland over the rulings of the CJEU outside the areas in which powers have been delegated to Community institutions via European treaties.

How unlawful and grotesque it is, given that this judgment is not only a logical and the only possible consequence of all the previous jurisprudence of the Constitutional Tribunal, but also consistent with many judgments of the constitutional courts of Germany, France, Spain, Italy, and several smaller countries, we wrote many times.

Last week, an “inspection” the European Parliament arrived in Poland to investigate how we are spending EU funds. The fact itself is unprecedented – the European Parliament has never yet deigned to “honor” any member state in such a way, not even those in which there were obvious doubts about the spending of EU funds. The behavior of the inspectors is also unusual, and they did not even conceal that they came to look for an excuse to withhold funds for Poland and have appealed for reporting cases that are suitable for this purpose.

At the same time, there is an intensification of the campaign to reject the treaty-based approach in EU bodies and to replace the unanimity requirement with a majority vote – which in practice will mean that the EU will be taken over by a group of the largest states.

The postulate of changing the voting method, based on the recommendations of the grotesquely designated by the Eurocrats themselves “Conference on the Future of Europe”, was repeated in a famous article by Chancellor Scholz for the Frankfurter Allgemeine Zeitung, in which he announced that, “Germany will take responsibility for Europe and the world” and “They will lead the EU”. As one can easily guess, the openly expressed intention of Angela Merkel’s successor to deprive smaller states of “the possibility of selfish blocking of European decisions” justifies the necessity to “strengthen the unity” of Europe in the face of the war in Ukraine.

Commentators were surprised not so much by what Scholz wrote, but by the moment he chose to do it. It would seem that after the spectacular disgrace of his persistently pro-Putin actions, the German leader ought to have remained silent for a while, or certainly refrain from making any announcements of such gravitas. And yet the moment was not inadvertent. For more than a week, Germany had been panicking over Russia’s unambiguous allusions that the Nord Stream I gas pipeline might not be reopened after a “technical” two-week break. There were announcements of lowering the temperature in the homes and appeals for shorter and cooler baths and collecting brushwood (for some reason in the case of this country not considered funny by the left-liberal media), as well as pressure on Poland to share its gas reserves with its western neighbors in the name of “European solidarity”, and even to limit its industrial production for this purpose. And literally the day after the publication of Olaf Scholtz’s article and all the referenced signals from the Eurocrats that the federal bill would not be abandoned, but pushed even harder, with Poland put against the wall even further, Russia announced, via Reuters, that gas will flow to Germany after all.

At least, this is a signal that, “the deepening of European integration” by Germany is beneficial for and expected from the Kremlin. However, I would not exclude that the intensification of federalist aspirations and the open declaration of taking power over Europe, at least the part of it that “blocks European decisions”, was a response to Putin’s pressure and a political commitment for his benefit.

In our ruling spheres, unable to conceptualize international politics in geostrategic terms and treating it as a sort of higher form of social life, there is no awareness whatsoever of Moscow and Berlin’s political interests. This gives rise to the complete intellectual helplessness of the neo-Sanation authorities in the face of the development of events, prompting us to persuade ourselves and the society that we are dealing only with some misunderstandings, because no one really wants to hurt us, and to make naive concessions based on the assurances made by Eurocrats to Polish politicians, somewhere behind the scenes and never actually kept.

I do not know what else is needed to make Poles realize that German pro-Russianness is not the result of naivety, but a coldly calculated raison d’état. Germany does not imagine itself in any other way than as a country dominating the continent; for centuries they have believed that they deserve it, that they are predestined for it, and that it has been taken away from them by the division of their state. The tool of German domination over Europe is economic advantage. And this, as I wrote many times, is the result of relying on cheap raw materials from Russia (and cheap production of components in China). Without Putin’s kindness, Germany is relegated to the league of middle-sized countries.

Russia, on the other hand, cannot imagine itself other than as an empire. And preserving the empire is impossible without keeping Ukraine and Belarus under occupation. The condition for preventing these nations from “breaking away into independence” is, in the Russian strategic thought, the incapacitation of Poland; all the more necessary as Poland has become a geostrategic partner and exponent of US interests.

At the moment, Russia is not able to overpower Poland. However, an effective way to do so is through European federalization – which means depriving us of subjectivity, energy sources, and competitiveness.

Angela Merkel’s adoption of the call from Westerplatte to the Germans for “great nations to start talking to each other” was not rooted in greed for cheap (Russian non-market system, de facto stolen from one’s own nation) oil and gas, but in the common interest of pushing from USA out of Europe and sharing power over Central Europe. Of course, the fact that Germany is formally a NATO member, and thus an ally of the US, made their game difficult, but the agreement was implemented effectively and at the end of last year it was almost completed with the Merkel-Putin agreement, initially approved by Biden. From the German point of view, the plan to build a European state based on centralization and an ideology imposed from above; a plan allowing Germany to cut itself off from its imperial tradition and achieve its eternal goals in one go.

Putin, however, had overturned the table, taking his sphere of influence too brutally and impatiently, which has radically changed the American position – but the interests of both sides remain the same. Both countries cannot imagine a future other than the implementation of the neo-Bismarck order contained in the previously referenced agreement. Hence the policy of Germany, calculated to wait for the moment when it will be possible to announce a “reset” in relations with Russia and the need to support some new Gorbachev ruling there. Hence Putin’s policy in which Germany is still a future ally.

However, this order is unacceptable for Poland and – fortunately for us – the USA as well. Therefore, it is all the more surprising and outrageous that instead of using their support to resolutely oppose Germany and the Eurocrats dependent on them, pursuing common goals hand in hand with Putin, the PiS government is losing Poland step by step and giving up our sovereignty, agreeing to the “green order”, “money for the rule of law”, or the latest, completely fatal agreement on “milestones”, which the Union will never consider to be fulfilled anyway. The sooner PiS heals from the belief that there is no future for Poland outside the EU and that it may still return to the treaties which have been rejected in practice, and not only be a German “European state”, the lower the costs will be. 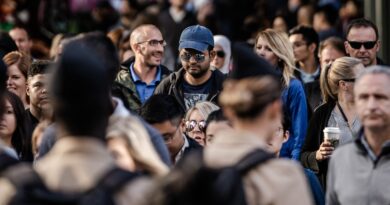 Poland not only for Poles: how to manage immigration sensibly

Kamieniec Podolski: a city that has captured Polish imagination 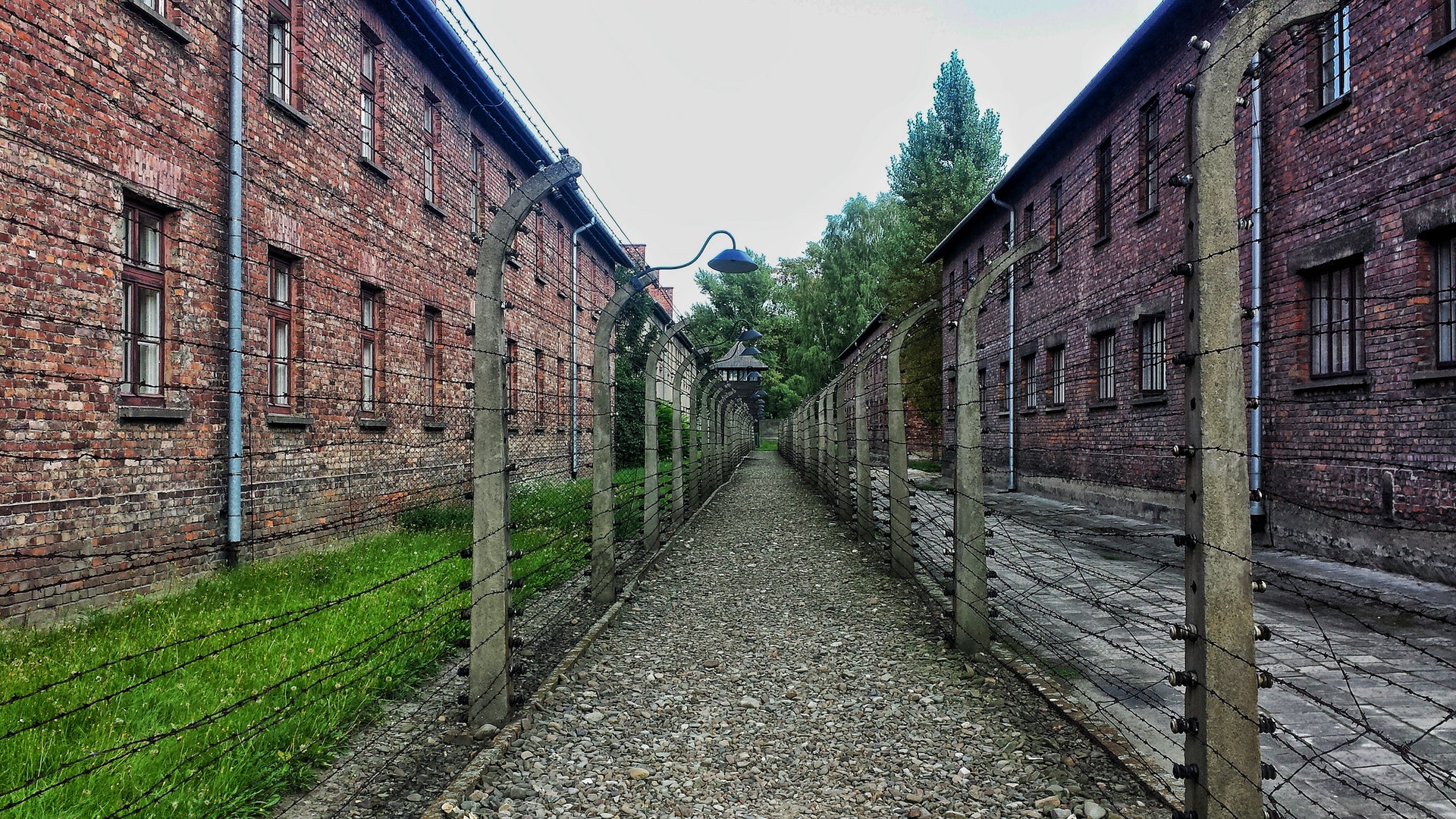