In no country of conquered Europe were such murderous actions of two occupiers carried out both simultaneously and separately, especially in the form of exterminating the leaders of the occupied nation. The mass shootings of Poles in the Kampinos Forest took place at the same time the Polish officers were murdered in Katyn.

The Polish elite also suffered cruel extermination at the hands of the Soviets. Among many others, officers and landowners were murdered during the invasion of the Red Army on September 17th, 1939. They were arrested in a very similar fashion to the German modus operandi, sent to camps, certain death in Kazakhstan or Siberia, and finally murdered during the Katyn massacre. The similarity in purpose, methodology, and time is striking.

After treacherously backstabbing Poland in 1939, the Soviets imprisoned almost 170,000 Polish soldiers in labor camps. According to NKVD consignment lists, the Bolshevik invaders deported over 350,000 people in three mass deportations, but it is highly probable that the actual number of imprisoned Poles can be at least tripled. At the same time, the Soviets shot and killed defenseless, interned prisoners on a mass scale. This refers, of course, to the Katyn massacre, carried out on the basis of the decision (March 5, 1940) of the seven highest dignitaries in the hierarchy of the Soviet state, headed by Stalin.

4,410 prisoners of war from Kozielsk were murdered in Katyn. There, among others: Admiral Xawery Czernicki, Generals Bronisław Bohatyrewicz, Henryk Minkiewicz, and Mieczysław Smorawiński, as well as the Chief Orthodox Chaplain of the Polish Army, Lieutenant Colonel Szymon Federońko, Chief Rabbi of the Polish Army, Major Baruch Steinberg, and the only woman – Second Lieutenant Pilot Janina Lewandowska, lost their lives. 3,739 interned in Starobielsk were murdered in Kharkiv, including 8 generals: Leon Billewicz, Stanisław Haller, Aleksander Kowalewski, Kazimierz Orlik-Łukoski, Konstanty Plisowski, Franciszek Sikorski, Leonard Skierski and Piotr Skuratowicz. 6,314 prisoners of war from Ostashkov were murdered in Tver, mainly officers of the State Police and Prison Service.

On March 22nd, 1940, the people’s commissar for internal affairs, Lavrenty Beria, ordered that the prisons be “emptied”. The bloody operation lasted two months, and no less than 7,305 Poles fell victim in the process. Those whose names are known come from the so-called Ukrainian list, because it was handed over to our prosecutor’s office in 1994. It contains 3,435 names of Polish citizens. Among them there are 726 officers of the Polish Army (including 7 generals), 770 policemen, and 28 prison officers. We know that the so-called Belarusian list contained 3,870 names, but we do not know the details, because the list itself has either been lost or is in the archives of the security services of Russia or Belarus. We also do not know what happened to a similar number of Polish citizens who probably fell victim to a vicious ethnic cleansing in other regions of the “inhuman land”1.

When on June 22nd, 1941, the Soviets were attacked by their former ally – Hitler – they massacred political prisoners in prisons and in death marches as they pushed their victims east. According to historians, about 50,000 prisoners were killed. In April 1943, the communist guerrilla fighters in Kresy began to attack the Home Army openly, and after the Red Army entered the territory of the Republic of Poland again in 1944, about 50,000 Home Army soldiers were imprisoned and deported to the east. Another painful loss of the nation’s most valuable men…

The Germans and the Soviets wiped out Polish elites en masse both in the largest cities and in local communities. A third of people with higher education in 1939 were murdered, nearly 60% of Polish lawyers, more than half of Polish doctors, and a third of academic teachers. 2,804 belonging to the clergy were killed – Roman Catholic bishops, priests, religious brothers and nuns. 3,563 people survived concentration camps and prisons. About 20 percent of the 10,017 diocesan priests in Poland were killed. 1 in 5 was murdered.

The legal Polish authorities never capitulated or collaborated with Hitler either politically or militarily. Poland paid a terrible price, proportionally higher than any other country in the anti-Nazi coalition, for this commitment to freedom and independence. The number of Polish citizens who lost their lives is estimated at 6 million!

The irreversible human losses were accompanied by a colossal material loss. Attempts at estimating such losses were made in the 1990s and did not bring satisfactory results. The report of the parliamentary team (appointed in 2017) by MP Arkadiusz Mularczyk, has not yet been made public.

Therefore, the decisive factor for the public opinion is the comprehensive report, drawn up in 1947 by the War Compensation Office at the Presidium of the Council of Ministers. It takes into account the war damage, looting, and ruthless economic exploitation carried out by the Germans.

The key elements of the report – in a nutshell – are as follows. The national wealth was depreciated by 38% compared to the period prior to 1939. Over 160,000 residential houses were destroyed and over 350,000 rural homesteads, 14 thousand industrial plants, almost 200 thousand shops, 85 thousand craft workshops and almost 970 thousand households. Warsaw alone lost 700,000 residents, over 90% of factories and over 70% of residential buildings. Only 10% of Warsaw’s historical monuments survived.

The invaders deliberately destroyed our cultural, scientific, educational, and medical heritage. The library collection decreased by 22 million books, or two-thirds. Over half a million individual works of art worth more than $ 11 billion were stolen (based on the USD rate in 2001). 17 universities, over 270 secondary schools and over 5,500 primary and other schools were destroyed. Over 350 hospitals and nearly 30 tuberculosis sanatoriums have disappeared. Numerous spa facilities and health centers, patient clinics as well as doctors and dentists’ offices were also ruined.

The deliberate destruction and robbery caused the industry to lose more than half of its production potential (the most – chemical; almost 65%). 400,000 hectares of forests, millions of horses (1.9 million), cattle (3.9 million) and pigs (almost 5 million), 2,465 locomotives and almost 90,000 train wagons, 25 seagoing ships. The fighting that took place in 1945 and the deliberate destruction of the Germans ruined the port of Gdynia. Almost 5,000 km of railway tracks, 50 km of viaducts, 15,000 km of hard surface roads and over 15 km of road bridges were damaged.

The authors of the report estimated the total amount of losses at the pre-war amount of PLN 258 billion, i.e. the equivalent of US $50 billion in 1939. Converted 60 years later, the value of these losses is estimated at US $ 650-700 billion. The losses of Warsaw alone are estimated at USD 45 billion.

The Polish state has never received any compensation for this. On the contrary: the “compensation” we were to receive from the Soviet Union, caused additional harmed to our nation. So far, no one has counted the losses caused to us by the Soviet Union, which annexed half of the pre-war territory, and in return gave us back a significantly smaller piece of land which was not theirs to begin with, having stolen it before.

– We owe nothing to anyone! – President of the Republic of Poland, Andrzej Duda, remarked emphatically not too long ago. – It is others who owe us for the losses incurred by Poland during World War II! In this way, he referred to the scandal caused by anti-Polish attacks and shameless, unwarranted Israeli demands.

Death for a slice of bread

Before 1939, Jews constituted 10% of the population of the Second Polish Republic. That is why the Germans established death camps in regions where they found the most victims. Most of the 6 million Jews from almost all over Europe lost their lives in the gas chambers of these camps. Half of them were Polish Jews…

People who accept the lies of polonophobes, disseminated with particular liveliness for about a quarter of a century, should remember a few basic facts. The Polish Government in Exile – legally elected under the provisions of the constitution and recognized in the free world – as well as the authorities of the Underground State in the country under its control, considered helping Jews to be their duty. Organizations providing this aid (such as “Żegota”) were provided special financing, informers cooperating with the occupant were liquidated, networks of premises were organized to ensure the possibility of hiding the persecuted, false documents were issued in Polish consulates and in the underground, enabling the persecuted to escape or take shelter. Catholic priests and nuns who ran orphanages provided great help. It was the Poles who alerted the Allies about the situation of the Jews – especially during the liquidation of the ghettos (from the summer of 1942).

Only in Poland, the German occupiers instituted the punishment of death for helping Jews – even for giving them a slice of bread. According to the findings of the Institute of National Remembrance, published in December 2019, at least 358 Poles repressed for this reason lost their lives at the hands of the Germans.

It has become a shameful slander that the present head of Israeli diplomacy blames Poles as a nation and state with the accusation of participating in the extermination of their Jewish brothers. Earlier, the Israeli historian Yehuda Bauer proposed researching the Holocaust in the triad of: 1. perpetrators, 2. victims, 3. passive witnesses. The perpetrators were “the Nazis” (not the Germans!), the victims were Jews, and the passive witnesses – Poles.

1 A reference to the book “The inhuman land”, a WWII memoir of an officer of the Polish Army, by Józef Czapski.

This article was published in 2021 in “Do Rzeczy” weekly. 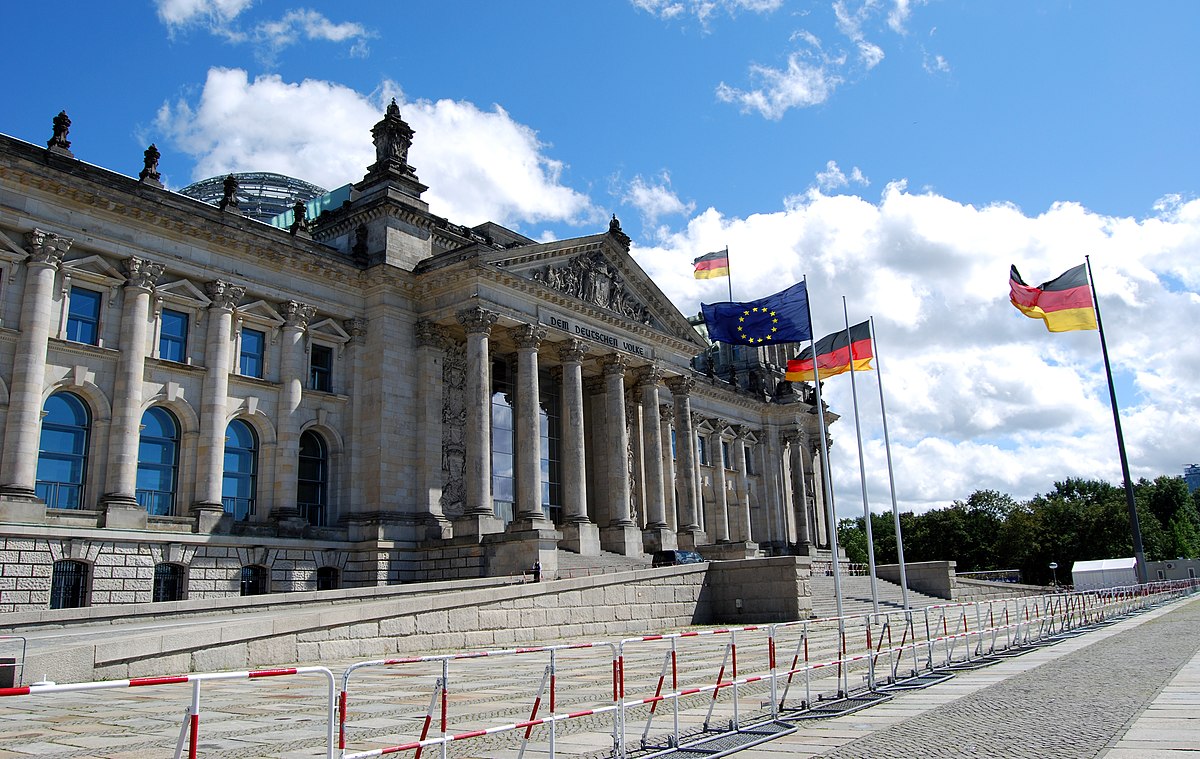 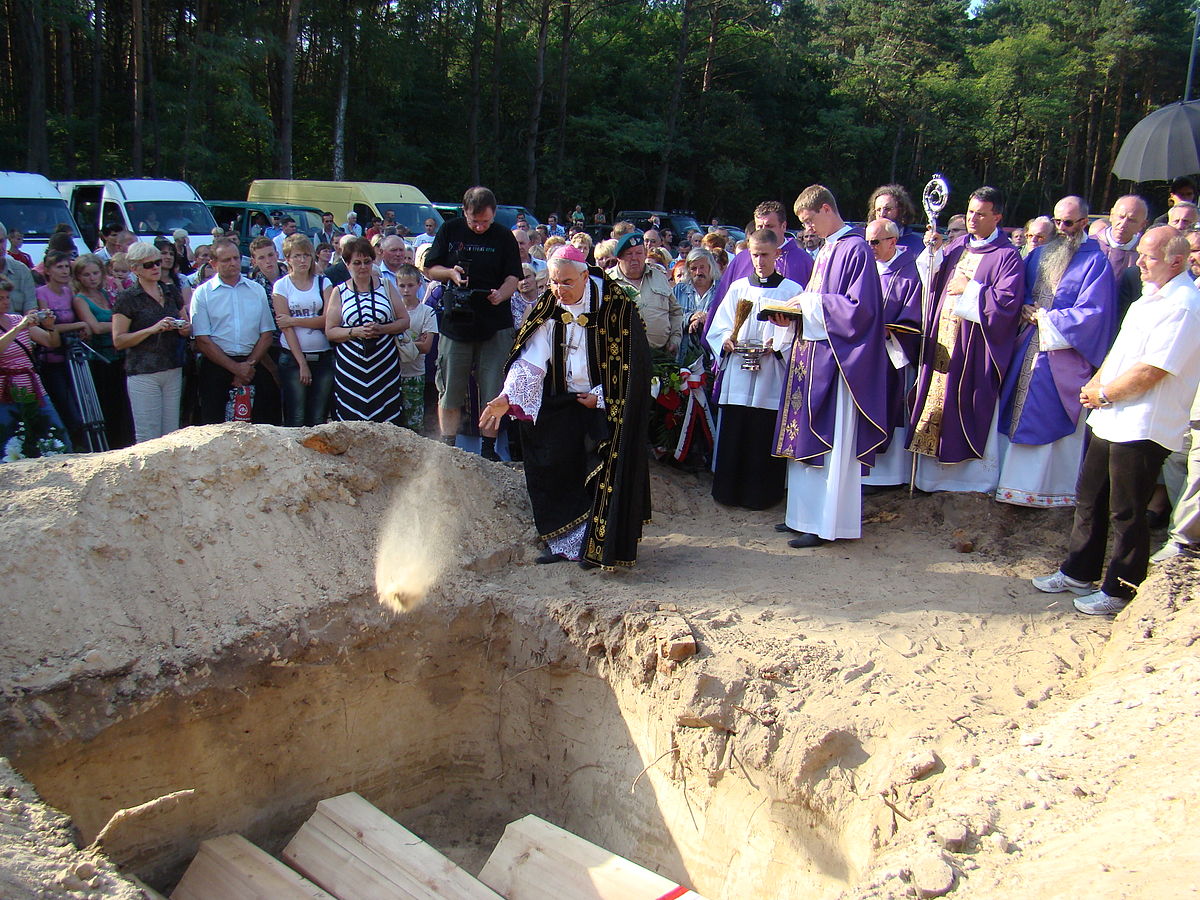 Horror of the German AB-Aktion against Poland