Freemasonry is, in common perception, an enemy of the Church. Rightly so: it is founded on radical opposition to Catholicism; freemasons have never hidden their desire to weaken the papacy as much as possible. The problem is that today the Holy See is offering the Freemasons… dialogue and cooperation. What has caused the former adversaries to suddenly become welcoming partners?

On September 27th in the Italian city of Terni, located about 100 kilometers north of Rome, the Grand Orient of Italy celebrated the opening of the new entrance to its headquarters on Via Roma with great splendor. The Masonic ceremony was attended by the local bishop, Francesco Soddu. The hierarch personally held the tricolor ribbon, which was cut by Grand Master Stefano Bisi. Subsequently, he gave a short speech in the lodge’s headquarters, specifically in one of the “temples” (sic!) located there, noting the “value of dialogue” and pointing to the perceived need to “overcome mutual prejudices”. Finally, Bishop Soddu listened to a long speech by the Grand Master, who celebrated – among other things – the anniversary of the breaking down of the walls of the Porta Pia gate on September 20th, 1870, which put an end to the Church State. As Bisi pointed out, that day Italy was “liberated” from the power of the popes.

Bishop Francesco Soddu is not an anonymous hierarch. For many years he headed as director of the national Caritas Italiana. In 2022, he was ordained a bishop by the secretary general of the Episcopal Conference, among others. As the diocese’s press service later explained, Bishop Soddu appeared at Via Roma as part of the synodality promoted by Pope Francis. The bishop’s participation in the Masonic ceremony caused a big stir in the conservative media. This is understandable, but we are not really dealing with anything new. The Vatican’s attitude toward freemasonry has been radically different in recent years than in the past. Francis is following in the footsteps of Pope Paul VI, who decided to establish close relations with Freemasonry following the Second Vatican Council. One step at a time, however.

FROM HOSTILITY TO OPENNESS

The Catholic Church first condemned Freemasonry in 1738, at which time Pope Clement XII promulgated the papal bull “In eminentni apostolatus specula”, in which he forbade believers to join freemasonry. This position was maintained by his successors, from the first of them, Benedict XIV, through all subsequent popes of the 18th and 19th centuries and most popes of the 20th century. A modern Catholic will probably recall Pope Leo XIII’s 1884 encyclical “Humanum genus”, in which he outlined the goals of freemasonry: to strike at the Church, implemented primarily by disavowing Catholic doctrine, and to eliminate the Church’s influence in state affairs. The 1917 Code of Canon Law, issued under the pontificate of Benedict XV, made membership in Freemasonry punishable by excommunication. This unequivocally anti-Masonic line of the Church was set aside precisely by Paul VI. In his encyclical “Ecclesiam suam”, promulgated in 1964, Papa Montini called on the Catholic Church to enter into dialogue with all people of good will, believers and non-believers.

In practice, it turned out that the pope also sees Freemasons in this group. In many countries, official contacts between Freemasonry and the Church began. In Europe, this happened especially in Italy and the German-speaking countries. In 1974, Cardinal Franjo Šeper, prefect of the Congregation for the Doctrine of the Faith, sent a letter to the president of the Austrian Episcopate, Cardinal Franz König, in which he pointed out the need to give a new interpretation to the sanction of excommunication contained in the Code of Canon Law. It would apply not to all Freemasons, but only to those who “conspire against the Church”. In 1978, the Italian Masonic magazine Rivista massonica declared Pope Paul VI the first pope in history to be free of hostility toward freemasonry.

At the time, Freemasons were not lacking in the Vatican itself. There are credible reports of lodge membership concerning Archbishop Annibale Bugnini and Cardinal Sebastiano Baggio, among others. The former was the architect of the post-conciliar liturgical reform, while the latter, as prefect of the Congregation for Bishops, was responsible for episcopal appointments around the world for years. The involvement of Freemasons in Vatican banking is also fully confirmed, both during the pontificate of Paul VI and in the early days of the pontificate of John Paul II, who inherited the problem from his predecessor. Members of the Propaganda Due lodge, which was closely linked to the Mafia, played a key role in the Banco Ambrosiano affair, in which the Institute for the Works of Religion (the Vatican Bank) had a major stake. Propaganda Due, by the way, is a child of the Grand Orient of Italy – the lodge in whose ceremonies Bishop Soddu participated. Today, the lodge disassociates itself from the mafia.

From 1974 to 1980, Germany had a special church institution for dialogue with Freemasonry. The result of its work was the promulgation of a “Statement on the Membership of Catholics in Freemasonry” by the German bishops in 1980. The authors upheld tough sanctions for formal membership in freemasonry but proposed that the Church in their country enter the path of dialogue. They stressed the need to “transcend hostility, insults, and prejudices” and to cooperate in such areas as “the communal dimension, philanthropy, the fight against materialism, human dignity, and mutual understanding”. They took as their starting point the dialogical approach presented in the documents of the Second Vatican Council and Paul VI’s encyclical “Ecclesiam suam”.

As a result, there was an impression that the Catholic Church was fundamentally changing its anti-Masonic stance. This image was further reinforced by the publication of the new 1983 Code of Canon Law, from which the words on Freemasonry and excommunication were removed. However, the Congregation for the Doctrine of the Faith, when asked if this meant that Catholics were allowed to become members of Freemasonry, clarified that there was no such approval. The Prefect of the Congregation, Cardinal Joseph Ratzinger, promulgated the “Declaration on Masonic Societies”, in which he stated that a Catholic who became a Freemason was in a state of grave sin and could not receive Holy Communion. The Philomasonic thaw under Paul VI was followed by a cooling in mutual relations that was to last throughout the long era of the pontificates of John Paul II and Benedict XVI. With Francis’ ascension to the throne of Peter, things have changed again.

Italian commentators refer to this new approach as the “Ravasi doctrine”. Cardinal Gianfranco Ravasi was president of the Pontifical Council for Culture from 2007 to 2022. In 2016, he published an article entitled “Cari fratelli massoni” – “Dear Brothers Freemasons”. The cardinal recalled the long history of discord between the Church and Freemasonry. He said, however, that it does not close the way to “dialogue, as stated explicitly in the document of the German bishops, who listed specific levels of cooperation”. The cardinal went on to list further elements supposedly uniting the Church and freemasons. These include: “freedom of conscience, an understanding of equal rights, and theism that recognizes the existence of God”. Contacts with Freemasonry are being developed in Italy today in accordance with the “Ravasi doctrine”. In recent years, the hierarchy in Italy has repeatedly met with freemasons. In an interview, Grand Master Stefano Bisi mentioned specific dioceses: Gubbio, Massa Marittima, Bolzano, Pinerolo, Syracuse, Arezzo, Ravenna, now Terni…

What is the reason for the attitude of Paul VI and Francis toward Freemasonry? Leaving aside the intriguing but unprovable explanations for their personal attitudes toward the lodges, it seems to be about the basic lines of Vatican “policy”. It’s a focus on radical dialogue with everyone in order to build a common space of cooperation – regardless of their faith in Christ. In 2021, Pope Francis issued an encyclical addressed to all people of “good will”, “Fratelli tutti”, largely reminiscent of Papa Montini’s “Ecclesiam suam”. However, while his predecessor called it ecclesiam suam, Francis reached for a slogan that the Freemasons also like to use: “All brothers”. Grand Master Stefano Bisi also reached for this phrase when speaking in Terni. The entirety of his speech, moreover, was disturbingly reminiscent of the Vatican’s daily narrative. He spoke of ecology and praised Greta Thunberg; recalled the fight against COVID-19; lamented the economic exclusion of the poor; and called for global cooperation in the spirit of fraternity and equality. He also referred – and how – to God. After all, as Bisi pointed out in an interview with a Catholic daily, from the Freemasons’ perspective, only atheists cannot be Freemasons – priests and bishops, however, are welcome!

The fundamental goal of Freemasonry over the years has been to remove the Catholic Church from any influence in public affairs. This was achieved – with the approval of the Holy See, which declared the continued existence of Catholic states to be futile immediately after the Second Vatican Council. So what was left for Freemasonry? To build a universal brotherhood based on the principle of religious relativism. As is evident, this is exactly what the Holy See is doing today, promoting declarations about God willing the existence of different religions. In this sense, the Church’s critical stance toward Freemasonry no longer holds true, because the political ideals are simply the same. “The time of the crusades is over,” Stefano Bisi said in the referenced interview. This is the way the Vatican also looks at it. The time for dialogue – and Catholic-Masonic cooperation in favor of building a new world order – has arrived.

Let’s only hope it doesn’t last too long. 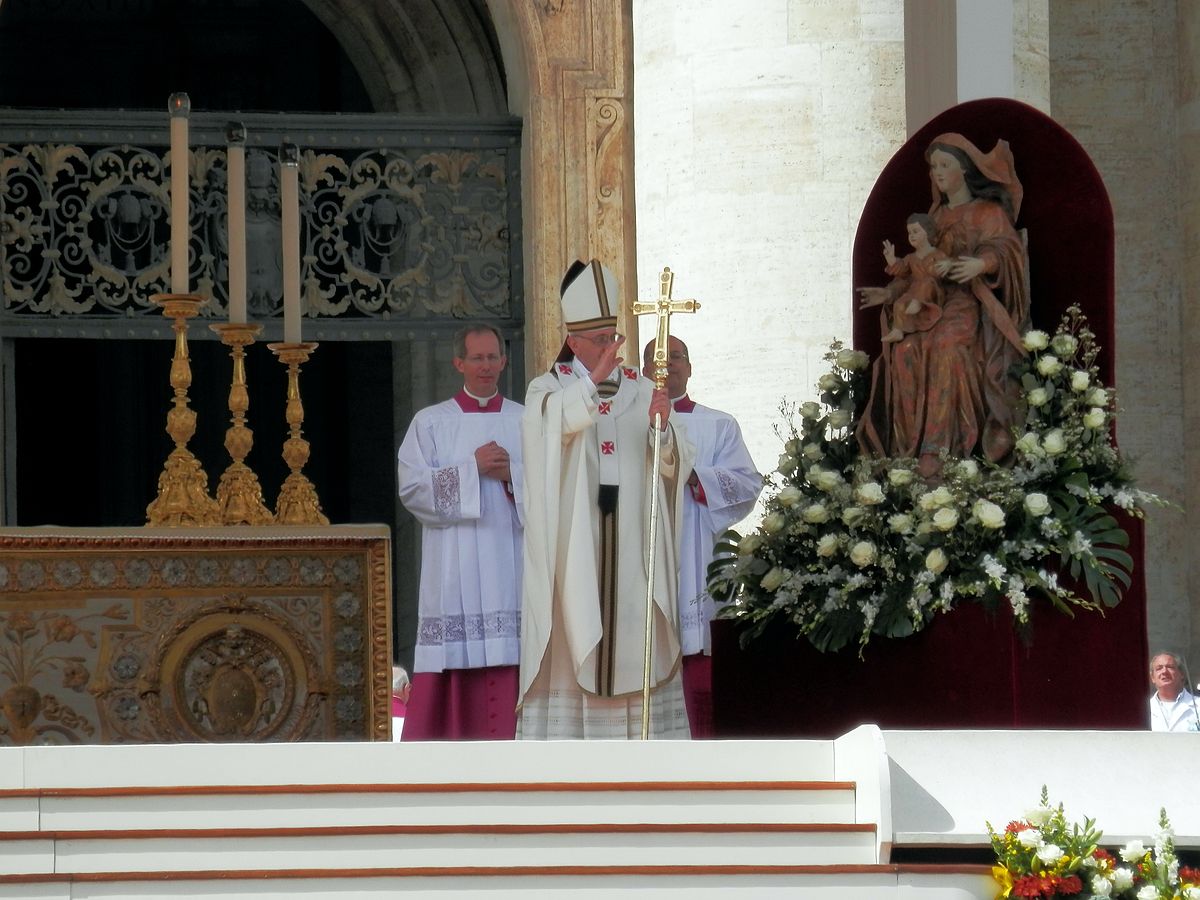 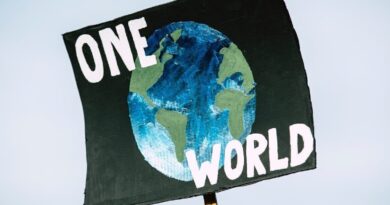 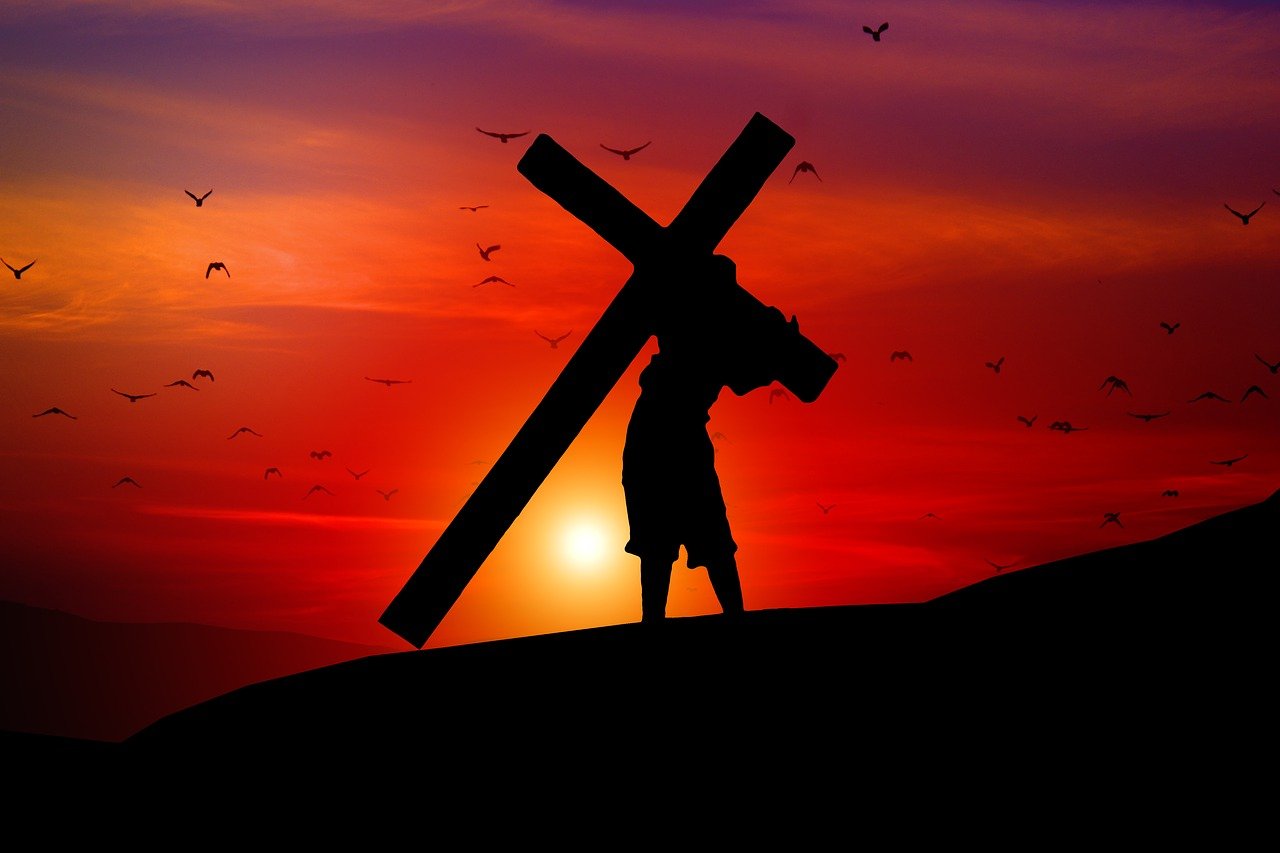 Withering of the Church in Poland