Newcomers from the Middle East and Africa are destroying fences, littering forests, breaking and entering into houses, sometimes asking politely and sometimes aggressively demanding for help. This is what life is like in the zone encompassed by a state of emergency.

The Górny Gród village in the hajnowski district is located near the border with Belarus. For weeks, illegal immigrants from the Middle East who were able to squeeze through the border have been passing through this terrain. They are passing through the village under the cover of the night. They are trying not to bring attention to themselves to avoid being caught. This does not mean that they are not a burden for the local villagers. On the contrary.

– My property is surrounded by a fence. I live almost on the border. My fence is adjacent to a wooden fence and past that is Belarus. The migrants are passing through my yard almost every night. When I got up in the morning, I realized there was hole in my fence. The migrants cut through it with scissors which they maybe bought in Belarus and are coming right through it. And I have to cover the costs of the repairs, which are significant – tells “DoRzeczy” Wiktor Kendyś, the mayor of the Górny Gród.

The immigrants are also littering in the nearby forests. Bread, candy, food cans with Belarusian descriptions… – reports Wiktor Kendyś – it’s all unopened, uneaten! Do not fall for the propaganda that these people are hungry and poor. No hungry man would leave food out in the forest like that. And no poor man would run to the West because he has no money.

The mayor of the village adjacent to the border does not mince words: – “For us, the villagers, it is like cattle passing through and destroying everything. There may be good, normal people among them, that I do not know. What I do know, however, is that they are destroying everything on their path” – he says in anger. At the same time, he feels assured, that the presence of the Border Guard makes the villagers and himself feel safe – “Technically, at the moment the immigrants are not aggressive, because they are in a hurry to travel West, but you cannot be 100% sure about that.

They milked her cow

The impermeability of the border in this area leaves much to be desired. However, according to the mayor, this sector is particularly difficult to oversee: – “The soldiers are protecting the border 24 hours a day. But they are not standing in a line right next to each other. To assure that no one passes through, a soldier would have to stand guard every 5 meters across the border. The immigrants are passing through during the night. The terrain is a forest, a dense wilderness. There is hardly any visibility” – says Kendyś.

The villagers of Michałowo in the białostockie district are facing even bigger problems with the wave of incoming illegal immigrants. Two Iraqi families were detained in the local Border Guard post, and were subsequently sent back to Belarus. The leftist portion of the Polish political and media scene was alarmed by this, demanding answers in dramatic fashion concerning the fate of the children. In reality, both families refused to file documents for asylum in Poland. In such a scenario, the only legal solution was to send the Iraqis back to their original port of entry. This did not, however, prevent multiple commentators to instigate hysteria and a reporter of “Gazeta Wyborcza” even suggested that the migrant children in Michałów were murdered by the officers of the Border Guard.

Regardless, direct contact with travelers from the Middle East or Africa is much more common in this area than in the region of Górny Gród. These interactions are hardly friendly.

– The came to me on September 27th. I can recall this date exactly, because there were multiple cases of illegal border crossings. The Border Guard had their hands full – tells “DoRzeczy” Maria (name changed) asking to remain anonymous, mayor of one of the villages near the border. – Together with the neighbors we counted that on a distance of 7 kilometers there were 130 such incidents. They entered my yard at 4 o’clock in the morning. They did not knock on my door, only directed their flashlights at the buildings on my property. They then sat near the garage and walked over towards the adjacent property. They sat there and built a fire using the bushes planted on the neighbor’s yard. We called the Border Guard. They arrived after 40 minutes. I told them where the migrants were. They did not seem to be in a hurry. They started checking and questioning them. This lasted for about eight hours. They kept them in the yard until 1 o’clock in the afternoon. There was a total of fourteen immigrants, including only two women and two slightly older children. The rest were men – she recalls.

There are many similar stories from the Michałowo village cited by our witness. Nearly every time, the immigrants do not ask for any kind of permission but simply walk into someone’s yard.

Anna Michalska, Second Lieutenant and press secretary of the Border Guard, assures that: – We are directing more and more resources necessary to stop the wave of illegal immigrants. We will intensify our patrols. We are protecting and monitoring the border 24 hours a day, seven days a week. If the migrants were coming across to Poland solely on their own, fully stopping their influx would not pose a problem. May I remind you, however, that they are receiving assistance from Belarusian officers. Their forces know the terrain perfectly well, which is why they are directing their paths so that they can avoid being seen. The border is not yet fully covered by a fence and entanglements. Moreover, through the assistance of Belarusian officers, a fence is not going to provide a sufficient obstacle for these immigrants. They would not be able to break through all the barriers on their own. Through resources that theoretically serve to protect the border, Belarusian forces are aiding the immigrants to cross the fences and barbed wire, violating their very function – states Second Lt. Michalska.

According to statistics, only about 44% of immigrants file motions for asylum in Poland. The rest are eager to pass through to Germany or other Western European countries. – More affluent Iraqis tell us that they do not want to stay in Poland for economic reasons. Because they are not able to go farther West, they end up returning to Iraq – says Second Lt. Michalska. This is why the immigrants are crossing the border illegally – if they were to be granted asylum in Poland, it would exclude them from international protection in another country. Even if these immigrants wanted to go to the border crossing and follow the appropriate legal procedure for seeking help, the Belarusian authorities would most likely not allow it. – From our talks with the foreigners it is evident show the Belarusian services not only provide assistance, but sometimes even force these people to cross the border in a designated area – states Second Lt. Michalska.

With regard to the question that often appears in the public sphere: “Where are the children of foreigners detained by the Border Guard in Michałów?”, the press secretary of the Border Guard repeatedly replied that, the children and their parents were sent back to the border crossing in accordance with the provisions of law, having refused to file an application for international protection. Their ultimate goal was to travel to Germany. The Polish border services are not tasked with transporting illegal immigrants to Berlin. For security reasons, the Border Guard does not provide information on the exact whereabouts of the border crossing to which the foreigners are being transported back. – Based on the readmission agreement, Belarus is obligated to take back those immigrants who illegally entered Poland from its territory. However, Belarus did not fulfill this agreement and suspended its applicability last week. They claimed that there was no evidence of assistance in any illegal immigration on their part – says Second Lt. Michalska. However, she assures that: – We are evaluating all applications of foreigners who wish to receive asylum in Poland. In accordance with the law, those who refuse to submit such applications, and do not require medical assistance, must be sent back to the border crossing and informed about the requirement to leave the country – she adds.

This article was published in October 2021 in “Do Rzeczy” weekly magazine. 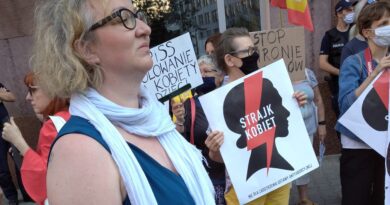 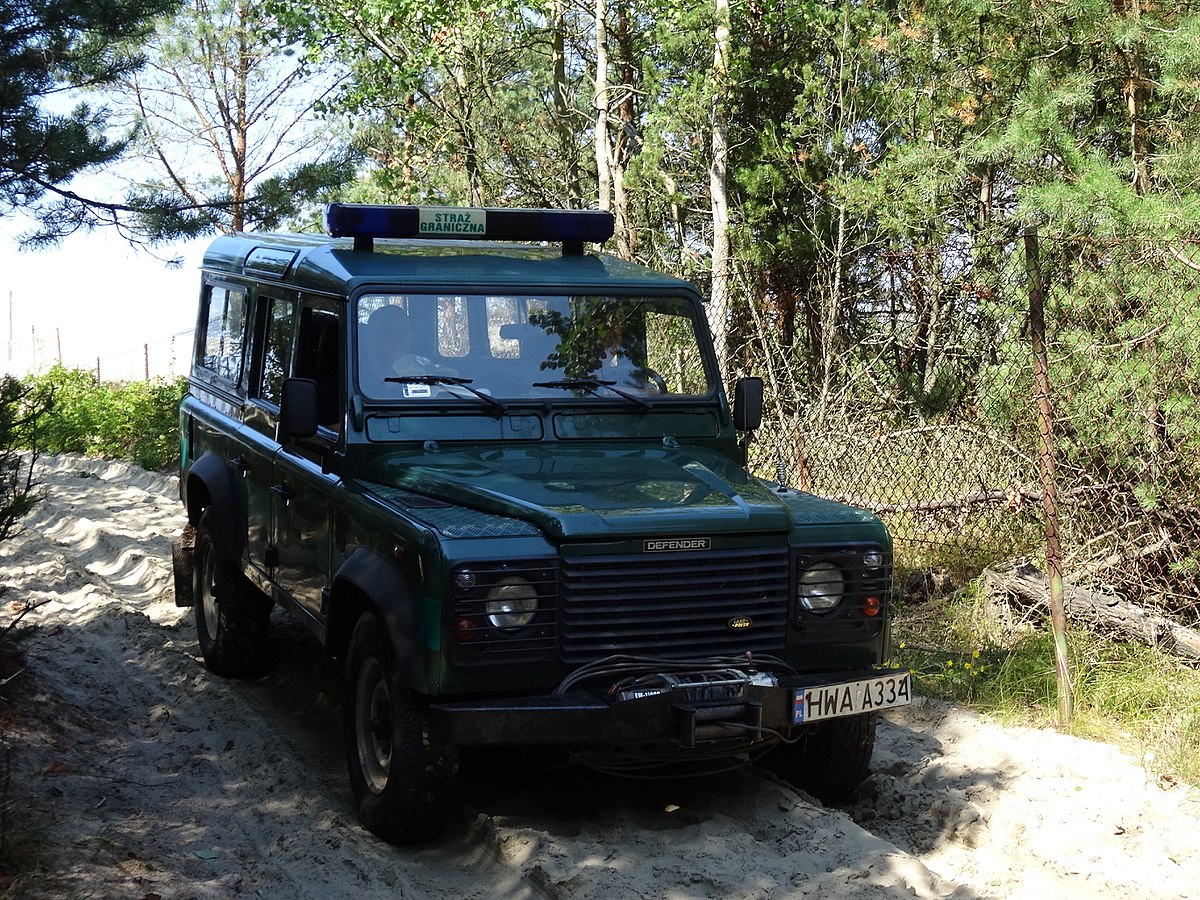