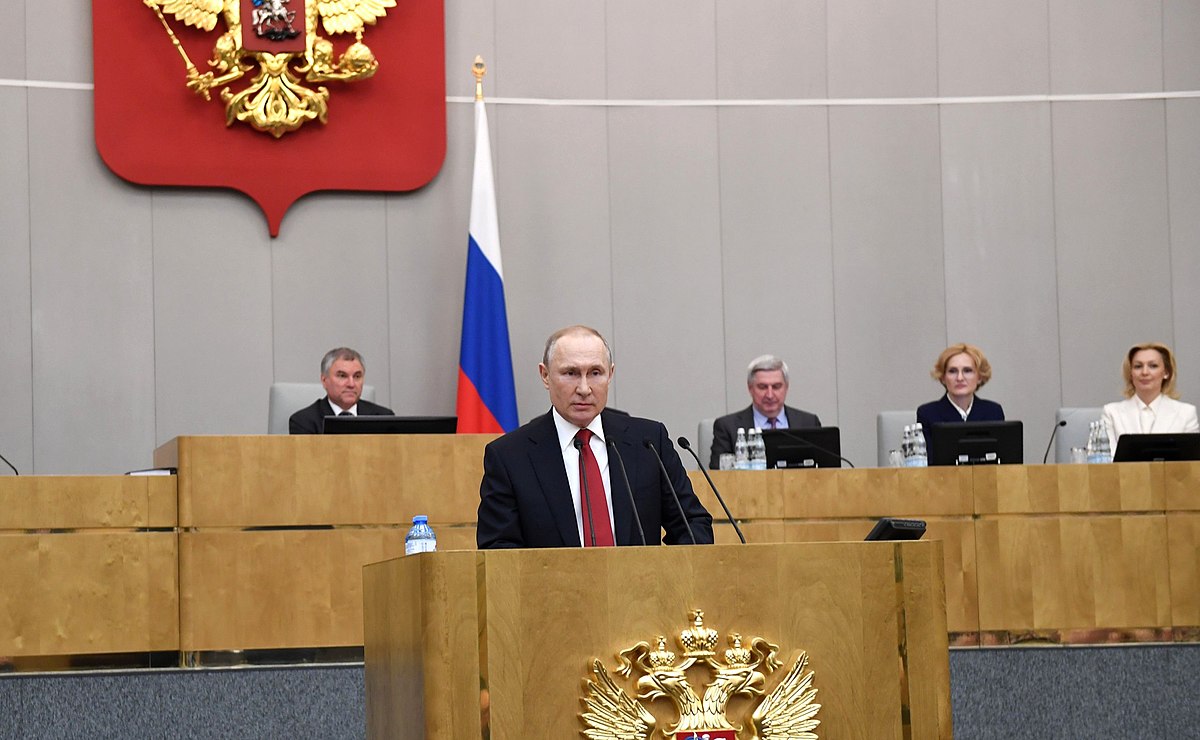 „Putin has surrounded himself with friends and loyalists with whom he has had relationships for decades. Their wealth and power depends on staying in Putin’s good graces, and so they are unwilling to tell him bad news or to question his beliefs and orders” – says dr Robert Person, expert on the foreign and domestic politics of Russia, professor of International Relations at the U.S. Military Academy at West Point.

NOTE: The views expressed in this interview are dr Person’s personal opinions and not the official position of the U.S. Government.

SOVEREIGNTY.PL: Before this invasion there was a general perception that Russian army would quite easily defeat the Ukrainians. What happened that the Russians are performing this badly?

DR. ROBERT PERSON: Contrary to expectations, Russia has indeed performed worse than many outside – and inside – Russia expected. Expectations of a quick victory were based on observing Russia’s effective use of hybrid tactics to invade Crimea in 2014, its widespread use of drones and electronic warfare in support of the separatists in the Donbas since 2015, and its air campaign in Syria from 2015 onwards. But those campaigns only utilized a small percentage of Russia’s military personnel and equipment and were – in restrospect – conducted by the most qualified units. The rest of the Russia’s military has proven itself much less capable, poorly equipped, and unprepared for the massive logistics required to invade a country of Ukraine’s size.

How come the Russians didn’t see this coming? Where was their intelligence?

I can’t speak directly to Russia’s intelligence capabilities on this matter, but it seems clear that their intelligence assessments have been heavily distorted by pressure coming from the top. Putin has surrounded himself with friends and loyalists with whom he has had relationships for decades. Their wealth and power depends on staying in Putin’s good graces, and so they are unwilling to tell him bad news or to question his beliefs and orders. Not unlike Brezhnev and his circle of “yes men”. I think Putin so believes his own propaganda about a failed Ukrainian state and Russian greatness that this view permeated the entire apparatus and led them to disastrous miscalculation.

How huge is the revolution which happened in the Ukrainian armed forces when you compare it to the situation in 2014?

According to some of my colleagues involved in the training of Ukrainian armed forces that has taken place since 2014, the difference is like night and day. This transformation of Ukraine’s army into a modern, effective fighting force is not just due to Western training and equipment, however. They have been actively fighting in the trenches of the Donbas since 2014 and have acquired significant combat experience and expertise. That has made a significant difference as well.

Could Ukraine become another Afghanistan for Moscow, only far worse? Or maybe occupying the whole of Ukraine or even bigger parts of it is the last thing the Russians want after everything they’ve seen since February 24th?

As Tolstoy famously wrote, “all happy families are alike, but each unhappy family is unhappy in its own way.” The same is true for wars. This is turning out to be an unhappy war for Putin and will be different than the Soviet Union’s failed war in Afghanistan. But it now seems clear that they cannot achieve a stable occupation of Ukraine in full or in part: we can be quite confident of a Ukrainian insurgency fighting against Russian forces for however long they stay in Ukraine.

How probable is the scenario in which Ukraine actually manages to defend itself?

I think they clearly already are defending themselves, bravely and fiercely at that. The real question is whether they can fight Russia to a draw or sustain an organized resistance long enough for Russia to conclude that it would be better off withdrawing and settling for peace. This question will be determined by an interaction of the capabilities and resolve of each side and their allies and partners. It’s still too soon to tell how this will turn out, but by the sheer scale of destructive capability, the odds remain stacked against Ukraine I think.

What options does Putin have to end this conflict in a way that could save his image? Is it even possible to save his image after this invasion?

It is hard for me to see how Putin saves his image at this point, regardless of what he does. Either he backs down without achieving his political objectives and he loses face in the eyes of his domestic audience. Or he continues to wage a brutal and protracted war of attrition, grinding Ukraine’s cities into dust and forever cementing his place in history alongside the most destructive tyrants in European history. His international image is probably beyond resurrection, but a despised and isolated Putin is probably not what most Russians want their country known for.

What will be the effect of sanctions on Russia? Is it possible for Putin to stay in power if sanctions are not lifted in the near future?

We are already seeing the devastating effects of sanctions on Russia’s economy. The ruble is in freefall, and severe inflation and recession are probably unavoidable now. The only true threat to Putin’s power now – and the only force capable of forcing him to end this war – is the Russian people themselves. If hundreds of thousands take to the streets to protest this war, Putin will have to make a choice between his war and his throne. But the Russian state has many weapons in its arsenal to prevent mass protests, from arrests and harsh punishments, to the machinery of propaganda that is masking the truth about the war inside Russia. Again, it is too soon to tell whether truth or lies will prevail in the battle for ordinary Russians’ hearts and minds.

There is much discussion about the state of Putin’s mental health. Do you think that he is still a rational politician?

I do believe that he is rational. He has long held his goal of returning Ukraine to Russia’s sphere of influence and controlling Ukraine’s foreign policy choices. And he has consistently worked toward that goal using a variety of tactics since at least 2004 in the leadup to Ukraine’s Orange Revolution. This war is just a continuation of those efforts, a consistency that meets the scholarly definition of “rational.” But it is clear that he has gravely miscalculated the costs of the current action. That miscalculation is not due to irrationality, but due to a lack of accurate information. And that returns us to the point I made earlier about his isolation and his inner circle of yes-men who won’t dare oppose him with contrary information.

At this moment, what is the risk of escalation involving an attack on one of the countries on the Eastern flank of NATO?

I don’t think that there is currently a serious risk of deliberate attack by Russia against a NATO ally. However, accidental contact is possible if Russian forces push farther toward Western Ukraine where NATO’s military equipment efforts are concentrated. Should Russia eventually try to disrupt those weapons supplies by attacking deliveries on Ukraine’s borders, an accidental strike against NATO forces or NATO territory could threaten escalation and possibly the disastrous scenario of direct Russia-NATO fighting.

Dr. Robert Person is an Associate Professor of International Relations at the United States Military Academy in West Point, New York, where he teaches courses in Russian and post-Soviet politics, international relations, and comparative politics in the Department of Social Sciences.  Dr. Person’s research focuses on the foreign and domestic politics of Russia and the former Soviet states.  He has published extensively on regime support, mass mobilization, hybrid warfare, and the international relations of the post-Soviet states.