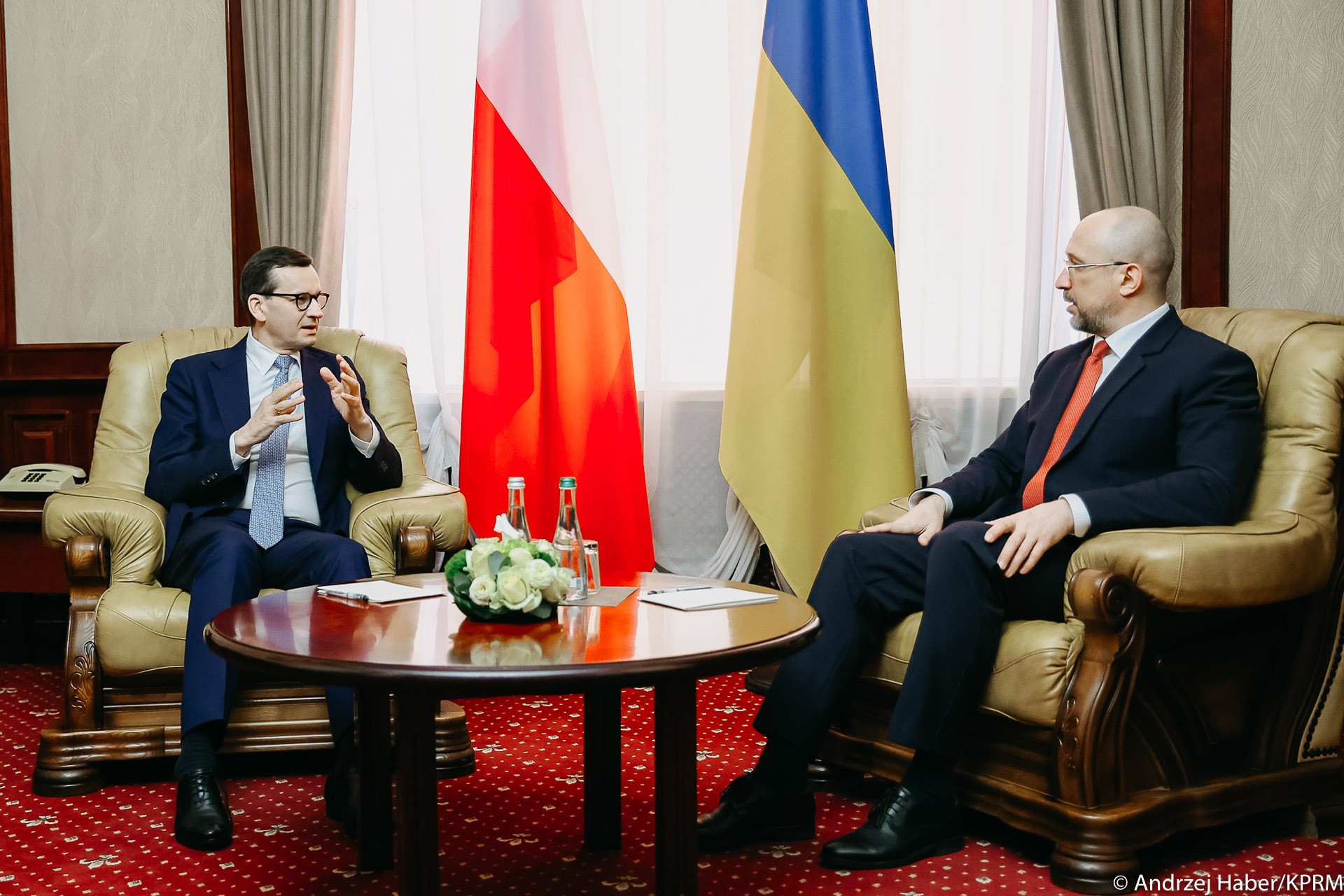 The unexpected appearance in the bombarded Kiev of the prime ministers of Poland, the Czech Republic and Slovenia, and of the actual ruler of Poland, as the leader of the parliamentary majority, Jarosław Kaczyński, was a very significant political symbol. And symbols are important in politics: especially at times when there is a shift in the arrangement of alliances.

The first step that would lead to the consummation of the declarations made by both parties should be to put the issue of Ukraine’s membership in the European Union on the agenda. It will be very difficult for the Eurocracy to defend itself against such a demand in the present situation, especially since other countries that feel threatened by Russian imperialism are also joining the EU. Meanwhile, contrary to the feeling of the left-liberal opposition, willing to consider Ukraine’s EU aspirations as proof of the correctness of its anti-PiS discourse, opening the prospect of enlarging the Union to include such a great country would inevitably stop the process of transforming Europe into the “united states of Europe” announced years ago by Martin Schulz. This process has already suffered drawbacks, for several reasons – the most important is the need to at least reduce the future energy dependence on Russia, which all neo-Bismarck politics were based on, and to discredit German political agenda by jointly concluding that – contrary to the declarations of “Europeanness” – it is inevitably rooted in the implementation of Berlin’s imperial interests at the expense of the rest of the Union. Our strategic goal should now be to deal a decisive blow to the federal aspirations and push the Union to return to its original, assumptions established by Schuman: a community of sovereign states, not a superstate imposing the only one ideology it deems right on all members.

A Europe of two speeds?

It may turn out to be impossible, but it will still be one step closer in the achievement of our long-term goal, which should be the construction of our economic and civilizational expansion to the East and forcing Russia out of it. If the western part of the Union is unable to leave its current path and reform itself, then cooperation with Ukraine, and ultimately the concept of building a common economic area integrating Ukraine (and, in the future, also Belarus) with the Three Seas Initiative, will make Poland return to the idea of ​​a “two-speed Europe”. However, if thanks to cooperation with the USA we will manage to push the west of the continent away from Russia and its raw materials, our “eastern” speed will have to become the more important one.

But is the United Right government and its intellectual background aware of the opportunities and challenges posed by the current breakthrough? Do the numerous gestures of openness to Ukraine and acceptance of war refugees come from political analysis or only from the intellectual impulse to take a stand on the right side? Perhaps the decision of Jarosław Kaczyński to go to Kiev was not political calculation, but the memory of his brother and his courageous appearance in Georgia1?

If so – it really doesn’t matter. Although no one has officially canceled the 30-year-dominant narrative of “staying in Europe” at any cost and on conditions dictated by the “old Union”, at the moment the very logic of events is pushing the Polish authorities in the right direction. A closer connection with the completely new Ukraine, emerging in the fight for independence, is simply imposed. And the reluctance of the Western leaders to recognize the change taking place and include it in their calculations, which makes them passively approve of Putin’s actions, deeply and painfully disappointing for Ukrainians, only strengthens our chances in the East. All that remains is to administer the current refugee crisis, use it to reorient the Polish economic policy more in the direction of pro-development, and flexibly react to the way subsequent events will unfold.

The key to our common future lies in the hands of the Ukrainians. It is the degree of their willpower that will determine the further development of events. Russia’s long-term defeat in the confrontation with the entire West, with China’s passive attitude (even with the possibility that China will use Russia’s entanglement to pursue its own claims against it), seems a doomed. It also seems that Moscow, faced with the necessity to accept the fact that it is unable to bring about an armed settlement in its favor, will try to “exhaust” the victory by long-term harassment and bleeding out of Ukraine and its allies. The longer the stagnation on the Ukrainian front lasts, the stronger the pressure of Germany, France, and the European Union on Kiev to settle for any kind of truce and thus save its citizens suffering will be. At the moment, when Ukraine is triumphant and elated by the effectiveness of its defense, such pressure does not seem to work. But attempts will be repeated. For our part, we can influence the decisions taken in Kiev, if we – wisely, to the best of our abilities, and in full use of them – will strengthen Ukrainians in their readiness to fight until a complete victory over the aggressor, while defending their interests in the Western world. The initiative of NATO’s “armed peace mission”, announced by Jarosław Kaczyński in Kiev, is a promising sign of such a policy. Even if there is no chance of implementation, it is important that it was Poland that came up with such an initiative.

1 The appearance of former Polish President Lech Kaczynski in Georgia on August 12th, 2008 is widely considered as the turning point in the Russian-Georgian war, which started after the Russian invasion in the night between August 7th and 8th, 2008.