After 1945, Poland lost more than half of its territory to the Soviet Union (Ukraine, Belarus, Lithuania), the Czech Republic, and Slovakia (Vilnius was gifted to Lithuania by Stalin), and suffered the greatest biological losses in World War II. The account of wrongs has not been settled to date.

Germany’s hatred of Poland was gigantic in 1939. After Warsaw’s poorly thought-out acceptance of Britain’s “guarantees”, Hitler went into a rage. Poland, devoid of any real allies and surrounded by enemies on all sides (except for the small portion that constituted the border with Hungary and Romania), found itself in a hopeless strategic position. Polish soldiers bled hoping for help from France and England. The luckier ones ended up in German captivity. Those whom God had quite forsaken were killed by a shot in the back of the head in the Katyn Forest.

The liquidation of the Polish intelligentsia was the main goal of the occupiers. The Germans and Russians, mindful of the Poles’ struggle for independence, wanted to cut off Poland’s head. To this end, numerous Allied conferences were held in occupied Poland on the issue of German (Gestapo) and Russian (NKVD) coordination in fighting the elite. The subject has not been fully researched in detail by historians, although we still know quite a lot about it, despite the curtain of silence from Soviet Poland (1944-1989).

On September 28th, 1939, the Germans signed a border and Third Reich-Soviet friendship treaty in Moscow with the Russians. The borders were adjusted compared to the plans in the annex to the Molotov-Ribbentrop Pact.

I will pause a bit on this first delimitation. I have before me a map of Poland issued as a supplement to the booklet “Schlag nach über Polen” (“Learn about Poland”) published by Bibliographisches Institut AG. Leipzig in 1939. A thick, swirling red line divides Poland into two parts: the western, smaller one, as the spoils of the Third Reich, and the eastern, much larger one, as the spoils of the Soviets. This border is defined on the colored map as the “demarcation line of September 22nd, 1939.”

Little can be found about these arrangements (of September 22nd, 1939) in the literature, and they correspond roughly to the annex to the Molotov-Ribbentrop Pact of August 23rd, 1939. The referenced map did not mark Vilnius as a German zone of interest or even as part of the Republic of Lithuania.

The border in question divided Warsaw into German and Belarusian parts and granted Lublin and Przemyśl to Ukraine. However, on September 28th, 1939, Warsaw and Lublin were already in the Reich (along with Suwałki). I don’t know why the Russians gave up such great gains in the west. Knowing a little about the cunningness of the Russian red bear, I can only guess that he feared (after his experience with the difficult liquidation of the Polish operation) the so-called Polish autonomous regions (Polish national raions) “Marchlewsk” (presently Dovbysh) and “Dzerzhinsk”, too many Poles on his territory. At the same time, this correction exposes the lie of the Soviet narrative that Moscow was already preparing for war with Germany at the time – in such a scenario, after all, every kilometer to the west would improve the strategic situation of the Soviets!

The German-Soviet “friendship border”, guaranteed by the signatures of Stalin and Ribbentrop, corresponds roughly to the eastern border of the People’s Republic of Poland and today’s Poland. It leaves more than half of Poland’s national territory outside Poland’s already truncated pre-partition borders to the east by the Treaty of Riga.

To conquer is one thing, to hold is another. The Germans and Russians immediately set about the unprecedented task in European history of decapitating Polish society. Already in the 1939 Partition Treaty, the two contracting parties solemnly declared that the secret police – the Gestapo and the NKVD – would combat any manifestation of the Poles’ struggle for independence. The most important purpose of this declaration was the announcement that they would inform each other about these manifestations of the will to fight and jointly determine the means of its liquidation. This cooperation was taken over Gestapo and NKVD, holding joint conferences on the matter. In the era of Soviet Poland, it was forbidden to mention this topic both in speech and in writing.

The first of these conferences was held in Brest on November 27th, 1939. Its main topic was the methods used by both allies to eradicate the Polish independence underground in the occupied territories at its roots. The second NKVD and Gestapo conference was held shortly thereafter in Przemyśl. Its subject matter was expanded to include the problem of exchanging Polish prisoners of war and methods of exterminating the Polish population.

The next conference was held in Zakopane, which was occupied by Slovak troops on September 2nd, 1939, and held by them until November 27th, 1939 (the day of the first Gestapo-NKVD conference in Brest), when the Slovaks handed Zakopane over to the Germans.

On February 20th, 1940, the third conference of the NKVD and Gestapo was opened in Zakopane, at the villas “Pan Tadeusz” and “Telimena”. Some sources say that in early February 1940 there was a secret meeting between Heinrich Himmler and Lavrientiy Beria at Hermann Göring’s hunting lodge in Romintach in the Romincka Forest (in East Prussia, today on the border of the Königsberg region and Poland), where discussions were held on the extermination of Polish society and the fight against Polish resistance. Joint extermination plans were constructed until April 4th, 1940. In March 1940, another conference took place in Kraków.

British scholar George Watson, of the University of Cambridge, is convinced that the fate of Polish prisoners of war in Soviet captivity was decided at joint NKVD and Gestapo conferences. Great importance is also attributed to the joint conferences of the NKVD and Gestapo by American Robert Conquest in his monograph “Stalin: Breaker of Nations”. Conquest was a well-known and respected historian of the Soviets, especially of the Stalinist period. He was a research fellow at the Hoover Institution for 28 years, for which he received the Presidential Medal of Freedom in 2005. All this seems to answer the question of why the Germans were so quick to pinpoint the site of the genocide of Polish officers in the Katyn Forest. And why the Russians and their famous Burdenko Commission (the equivalent of the later Interstate Aviation Commission led by Tatiana Anodina since 1991) failed to put the Germans on the bench at Nuremberg for their alleged perpetration of the Katyn crime.

No one lost as many as we did

Polish losses as a result of World War II are astonishing. They consist primarily of the extermination of Poles, especially the Polish elite. No participant of war has lost as many citizens as Poland as a result of WWII and no participant of war has lost as much territory as Poland in that period. The country was brutally moved from corner to corner of Europe, without asking its inhabitants for their opinion. Poland, abandoned by the Allies, betrayed by the Allies, was at the mercy of the victor, a signatory to the Molotov-Ribbentrop Pact.

Stalin pursued his war aims with surgical precision. Few people realize that the western border of Soviet Poland was in fact the border of the Soviet Union (Stalin counted on the German Communists, but never had plans to annex Germany to Russia, for which he still enjoys the gratitude of the Germans).

Sergei Dmitrievich Sazonov, Foreign Minister of the Russian Empire, who died in exile in Nice in 1927, had already drawn up Moscow’s imperial plans in the early days of the war after its victory over Germany and Austria in the Great War of 1914-1918. Sazonov’s plan was to obtain for Russia a secure but not necessarily Atlantic-based western border. He did not leave out Poland in his plans. As a Russian province, of course. The western border of an autonomous Poland, inextricably linked to Russia, was to look like it does today. The eastern part of the Austrian partition (with Lviv, a city that had belonged to Poland far longer than Warsaw) was to be part of Russia. I am convinced that in Paris – had it not been for the Bolshevik coup – Russia’s Western allies would have agreed to this idea of its eastern ally. Its plans were implemented not much later by Joseph Stalin, the Allies’ most loyal partner in the East.

Is Poland entitled to reparations as a result of its losses during World War II? The answer to this question is an unequivocal yes. Even in Germany, such voices can be heard. The main question: from whom should Poland demand reparations? So far, claims have been made only against Berlin. This is a mistake. There are two perpetrators of Poland’s tragedy: the Germans and the Russians. The only official calculations about the losses suffered by Poland concerned Germany. Meanwhile, the losses suffered as a result of the Russians’ assault on our country are at least equivalent. They, too, are measurable in concrete figures, although it can never be considered full compensation. I believe the time has come to establish the War Losses Institute, which would take care of a detailed calculation of the reparations from the parties responsible for the destruction of Poland. 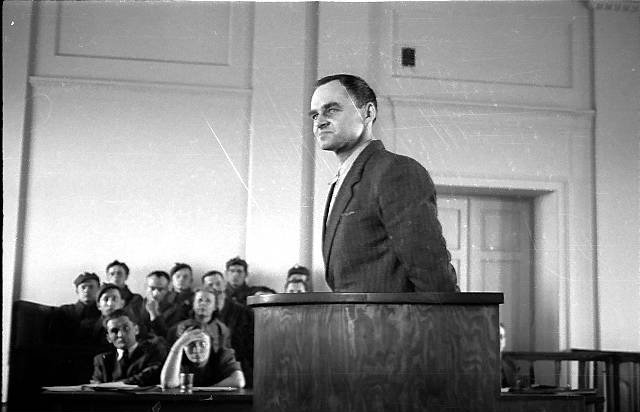 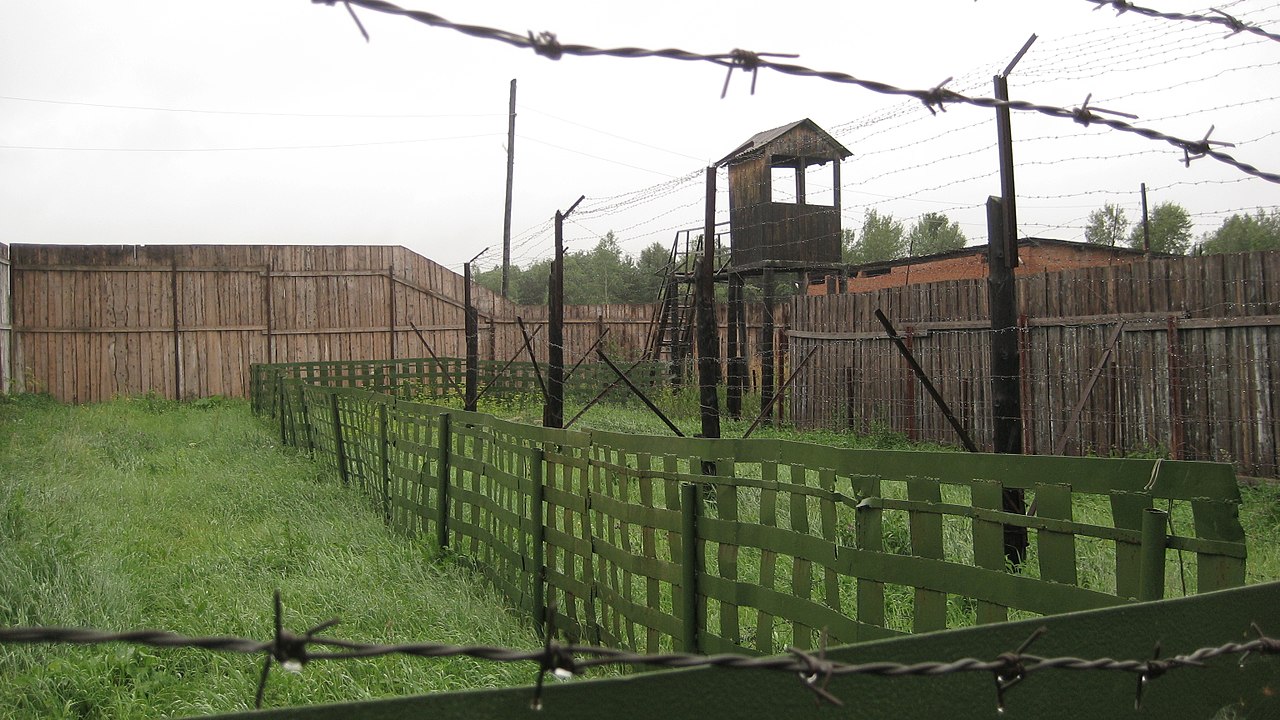 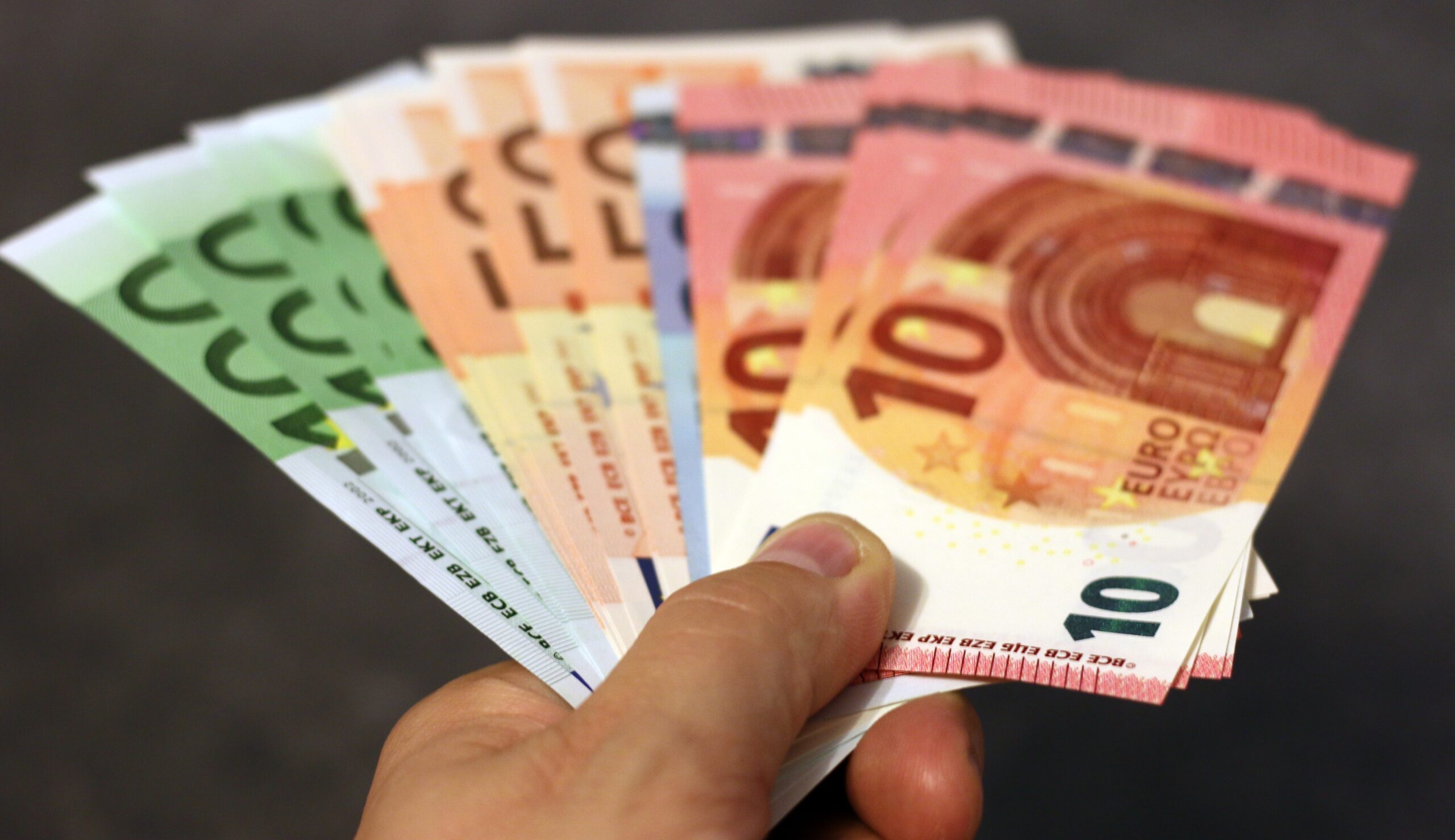