Our faith is hanging by a thread, in Poland as well. That is why we need immediate action to revitalize our piety and faith based on the Church’s Tradition.

The global synod on synodality is in full swing – also in Poland. Based on expectations of the Holy See, an important element of the debate on the future of the Church is ecumenism. A significant event took place in the first days of November at the Monastery in Jasna Góra. At the “Impuls” forum which was organized there, besides the presence of three bishops and many famous journalists, representatives of the charismatic movement also participated. The initiative is an excellent opportunity to ask some important questions about the state and prospects for Catholicism in Poland.

Readers of the weekly „Do Rzeczy” know perfectly well that the Catholic Church around the world has been in a state of incredibly serious doctrinal and pastoral chaos for several decades. In many European countries the highest positions in catholic universities are being filled by individuals who are questioning the fundamentals of faith. In the United States, the Holy Communion is being given to politicians and activists supporting the genocide of unborn children. In Latin America, catholic theology has been permeated by a new form of Marxist liberation theory. The mental virus of sexual

permissivism, which is being presented as an antidote to sexual abuse by cynic manipulators, is spreading everywhere. Religious indifferentism and relativism are considered as the appropriate expression of the process of dialogue with the world. Even in Poland our faith is hanging by a thread. The ease and extent of accepting the practice of giving Holy Communion on the hand has shown how appallingly shallow is the understanding of the sacraments and the history of the Church.

In the situation at hand, there is a strong need for actions directed at awakening the piety faith based on the Church Tradition – both in Poland and the rest of the world. In the wake of mistakes, heresy, ideology, and lies pouring into the Church, it seems necessary to define very precisely the fundamental truths, the intellectual, moral, and spiritual acceptance of which determines being a Catholic. Perhaps somewhere in Poland, there are bishops and priests who are taking actions directed at achieving this goal. However, the countrywide debates that have been organized thus far as part of the Bishop Synod on synodality create an impression of chaos and identity confusion. It seems that in Poland we are not sure of the direction in which to go, and we even let ourselves be guided by virtually random forces, if they at least appear to have a spark. This is was my impression of the meeting that took place in Jasna Góra on November 5-7. It is about “Impuls. Forum of the laity in the Church” event, which was defined by the organizers as aiming to “take up the call of Pope Francis for responsible involvement in the synodal process”. It is an official initiative because it was held under the aegis of the Council of the Polish Episcopate for the Apostolate of the Laity. It was attended by three bishops: Adrian Galbas, Andrzej Przybylski, and Artur Wałny. The event was led by Professor Aleksander Bańka, leader of the Spirituality Center of the Light-Life Movement from Katowice, and also a delegate of the Polish Bishops’ Conference for opening the Synod of Bishops on synodality.

The event contained several lectures and debates, in which renown priests, publicists, and journalists took part. Although the forum was technically addressed to the laity as a whole, the organizers opted against inviting anyone who is associated with the widely defined traditionalistic movement – despite the fact that the voice of this community plays an important and ever growing role both in the media debate, as well as the life of the Church. The forum was largely monopolized by individuals related to the charismatic movement. Prelections were given by such individuals as Karol Sobczyk, leader of the Voice on the Desert community; Michał Jeleń, leader of the Abba community; Jacek Wiegl from the Apostolic Faith Movement; Antoni Tompolski, member of the board of the Alfa Polska association. All of these individuals, communities, and organizations are in many ways connected with Protestantism. Both in the aims of their program as well as their personal ties.

These speakers are key representatives of the movement embodying a phenomenon that is usually referred to as the pentecostalization of Catholicism. It refers to the adoption of the spiritual attitudes and practices by Catholics that have been developed over the last few decades by Pentecostal Protestants, mainly in the United States. The circles that dominated the Jasna Góra debate are linked together by the idea of ​​breaking confessional divisions in the direction that may lead to the creation of supra-denominational Christianity of sorts. Such Christianity would be based mainly on the emotional experience of faith, relying on the constant anticipation for miracles (e.g. healings) and the conviction that members of these movements came into direct contact with the Holy Spirit – through various types of specific prayer and psychological practices. For the supporters of charismatic movements, the doctrinal differences between Catholics and non-Catholic Christians are substantially secondary, the starting point for building a Christianity of the future is not the Tradition of the Catholic Church, but the shared experience of Christians who experience or claim to experience special action from the Holy Spirit. This phenomenon, both in relation to Poland and the world, was described many times by Rev. prof. Andrzej Kobyliński, also in the “Do Rzeczy” weekly; Those interested in the details of this problem can refer to said publication. It is sufficient to point out here that the conglomerate of beliefs constituting the core of the charismatic movement has very serious implications for the way of living the Catholic faith. In practice, fundamental issues such as understanding the sacraments, especially the Eucharist, the problem of purgatory, the meaning and role of the ministerial priesthood, and many others are marginalized.

The dynamics of the development of Pentecostal communities around the world are quite remarkable. It is likely that Pentecostal Christians will soon dominate in numbers on many continents. This applies to southern regions, Latin America, Africa and Asia as well as western countries. Even in Poland, the charismatic movement is growing in strength very quickly. The “Impuls” forum in Jasna Góra illustrates their growing influence: the official body of the Polish Bishops’ Conference seems to recognize great evangelical potential in the Pentecostal movement. Taking into account the global trends and the Holy See’s positive attitude towards the charismatic movement, bishops may adopt a clear inclination to prefer and promote such groups, which fit in with the model of the synodality of the Church very well.

The Catholic Church in Poland is at a point where it urgently needs to ask what form of Catholicism it wants in the future. As I mentioned at the beginning of this text, on a global scale, the process of doctrinal atomization is already well advanced and is constantly accelerating. For many years, the Holy See either did not want to or was unable to prevent it, and today many of its decisions strengthen this process. If the Polish Bishops’ Conference strengthens and promotes charismatic movements, then, regardless of their pastoral potential, in the long term it will lead to a stronger inclusion of Poland in the mainstream of Catholic development, i.e. the erosion of doctrinal unity. Due to their susceptibility to emotivism and subjectivism, and due to their inherent openness to Protestantism, also in the region of the Vistula river, maintaining faith in accordance with the entire Tradition of the Church may soon turn out to be a rare and secondary phenomenon. Taking into account the described global context, this may mean that after years of such development, rebuilding Catholicism in Poland with clearly defined borders will be an impossible or at least an extremely difficult task.

Maintaining the mass Catholic model known from the previous century may prove impossible in the upcoming decades. The necessity to base future evangelization on an individualized experience of faith seems difficult to overlook. It is worth considering, however, whether the current policy of the Polish Bishops’ Conference in this matter will benefit Catholicism in the long run. It is about both the increasing support for the charismatic movement and the growing aversion to the so-called traditional communities, which are often based around – but not limited to – the Tridentine liturgy. Admittedly, these communities often distance themselves from many decisions of the Holy See, which is easily understandable in the face of the present crisis. However, they usually make every effort to firstly – remain in complete unity with the successor of St. Peter, and secondly – to unilaterally accept the fullness of the infallible teaching of the Catholic Church. One could argue that it is the presence of these circles that guarantees the preservation of the Catholic backbone in Poland, a community that is not susceptible to one of the most fundamental problems of the contemporary Church, i.e. the decay of clarity in understanding and experiencing faith. In the current intra-church context, open support for these circles can be a difficult task. However, bearing in mind the future of Catholicism in our country, I believe this effort is worthwhile.

The Author is a journalist and publicist on the Catholic news portal, PCh24.pl 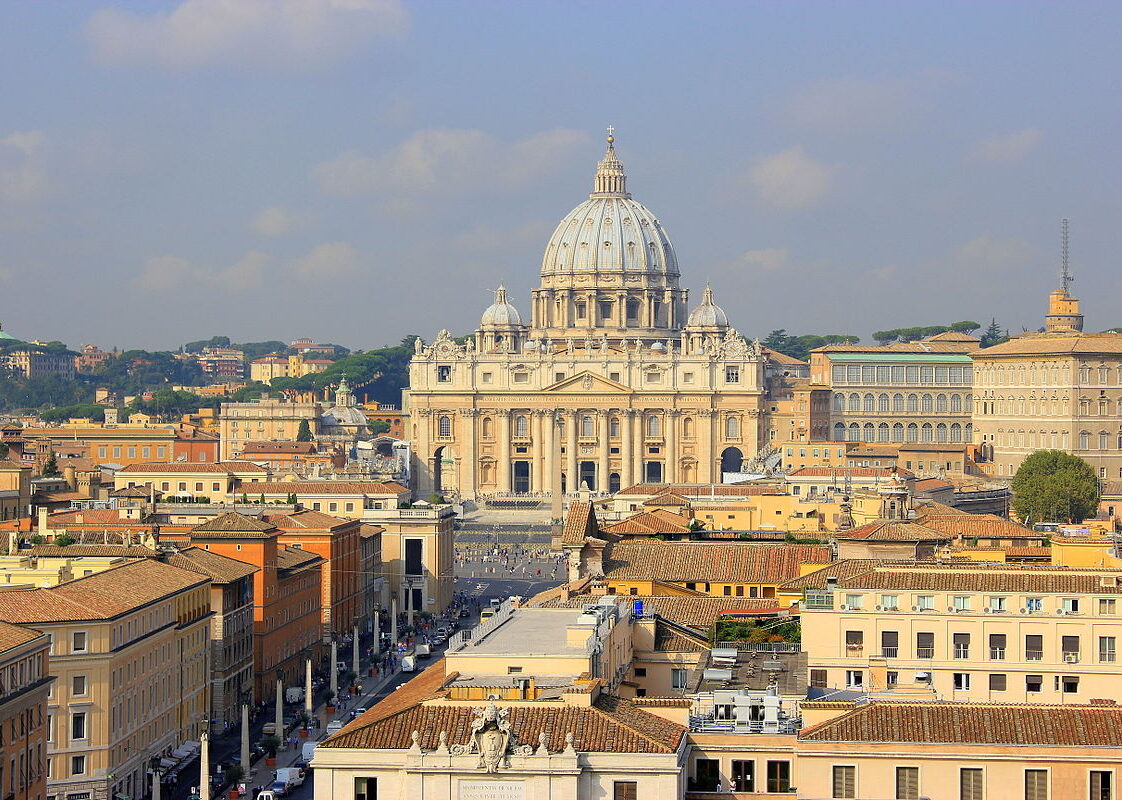 Who will succeed Francis: A Hungarian pope? 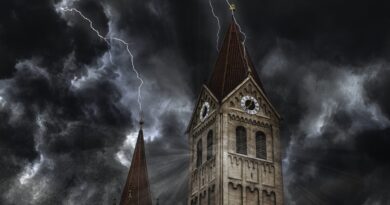 The LGBT revolution is attempting to take over the Church 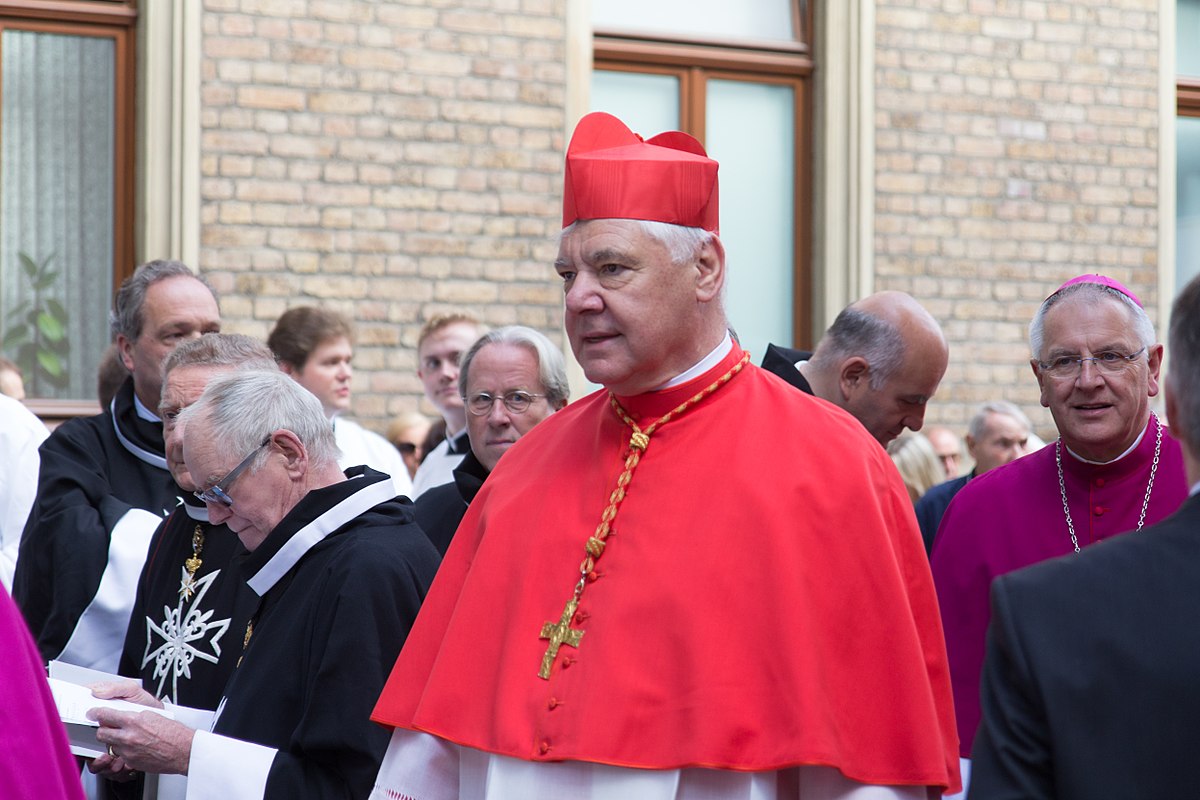